Where Will Eataly Open Next?

The Where’s Waldo’s of Eataly: Where Will The Store Open Next? 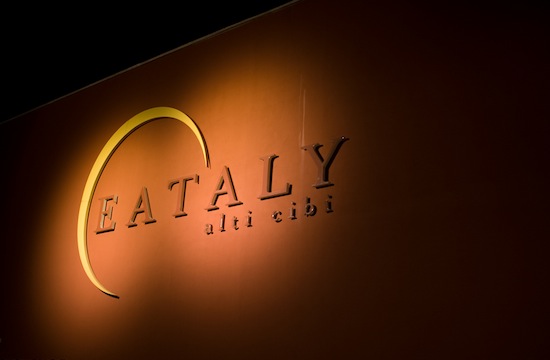 Not to crush your dream of more Nutella bars, but no one is really all that sure where the next Eataly will be.

First hints of Boston, then hints of Philly, and Miami, and then São Paulo — but the team behind Eataly had to go on a warpath to diffuse our hopes of an Eataly in every city by 2014. Mostly because Joe Bastianich got a little too excited naming cities in an interview with Chicago Reader.

On Philadelphia, managing partner Alex Saper said to Philly.com: “We’re extremely interested in Philadelphia… We think it’s a great city and we would love to be there, but we do not have a deal yet to go there.”

On Miami, PR manager for Eataly to exMiami: “No, we haven’t signed any contract in Miami, and I don’t believe we are even remotely close to signing one. We are looking at possible cities for expansion, and Miami is included, but nothing is certain AT ALL at this stage. We still don’t know which U.S. city will be the next one.” (Editor’s note — notice how she said “U.S. city?” Does that mean an international city has been picked? Most believe that it’s São Paulo.)

The only city that no one’s commented on, except for Bastianich’s word vomit, is Los Angeles. So … let the Hunger Games (get it?) of guessing which city Eataly will open in next! Or, mere suggestions of where to open. (This Denver native votes her hometown!)

RELATED:
http://www.mediaite.com/eataly-chicago-opening/” title=”Eataly Chicago Looks Like a Dream To Us
Mario Batali Thinking About Boston Location for Eataly in Faneuil Hall; Please Do That
Eataly Conquers The Seas, Opens Branch On This Cruise Ship