Don’t Worry, Nigella Lawson Will Bounce Back Because of Her Sexxx Appeal, says Associated Press 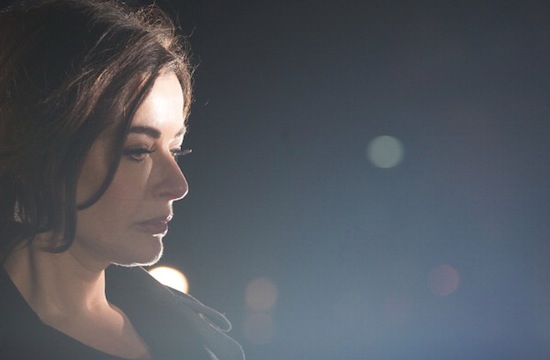 You almost had us, Associated Press. You really did.

At first, we sort of understood where this completely unnecessary story on celebrity chefs’ fallouts, particularly those of Paula Deen and in-the-news Nigella Lawson, was going. A celebrity chef crash-and-burn hits so much closer to home, writes J.M. Hirsch, than any ol’ celebrity crash-and-burn because we invite these chefs into our homes.

Food celebrities are a bit different. They seem more accessible and, however falsely, we bond with them. Their books, shows and tweets purport to bring us into their kitchens and connect us to their traditions in service of that most intimate of activities — sharing food. And we bring them into our kitchens, too, turning to them to help feed our families. So when they step out of line, how they’ve sold themselves to us matters, probably far more than they anticipated.

Makes total sense, right? But then Hirsch delves into why Deen fizzled so spectacularly, and why Lawson’s legal and personal damages have been “minimal.” Why is Lawson cruising while Deen simply crashed? (Relatively speaking, of course, as Deen seems to be doing just fine with her die-hard fans.) Because of her sexxxiness, duh!

Much credit for that goes to her carefully crafted brand — a persona built not on Southern comfort and innocence like Deen’s, but on a rapturous, even naughty exploration of the sensual side of the kitchen. Lawson revels in her ample curves, gives long, knowing glances at the camera, poses with sweet syrups dripping from her body, and… well, you get the idea.

Simply put, when misdeeds get exposed, the more out of sync they are with your brand, the worse you fare.

And of course, a founder of a crisis management firm piped in to say that Lawson’s shitstorm isn’t out of line with Lawson’s brand of “decadence,” so she’ll just be fine. So … Lawson’s brand is on-par with domestic violence and drug abuse? All because of her sex appeal? RIGHT. You can frame Lawson’s persona and following drama all you want as “decadence,” but it just ain’t. Next thing we know, we’ll be victim-shaming Lawson for what she’s done — naturally, she brought all this on because of her sensuality, right?

Time will tell whether Lawson’s career is strong enough to handle the shit that’s being thrown at her — and what, in fact, is true or false. But excusing a chef’s violent and drug-addled past because of her bodacious bod and “knowing glances” just doesn’t sit right with us. Leave the brand of Nigella Lawson out of it — if that’s even remotely possible anymore.