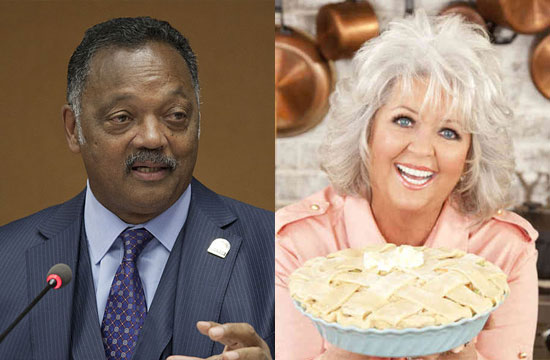 Here’s something you don’t see every day: renowned civil rights activist Jesse Jackson announced yesterday that Paula Deen had called him to discuss public relations strategy in the wake of her own (really, really poorly handled) crisis surrounding her admitted use of racially-charged language.

Jackson says that, “if Deen is willing to acknowledge mistakes and make changes, she should be reclaimed rather than destroyed.” We can agree with that, it’s just that Paula Deen has, so far, not really indicated that she’s willing to change, if her half-hearted and ill-conceived attempts at apologies are evidence enough.

We wish you the best, Jesse Jackson, Jr., because Paula Deen really has to save herself…from herself. She’s like the Hulk of inadvertent racism. When she gets out of control, she ends up running wild with her mouth, smashing goodwill with her N-Word fists while wearing really, really baggy pants. But maybe, just maybe, if the beast can be tamed and controlled, she can destroy an entire fleet of racist aliens through, um, tolerance and fried chicken. (We’ll work on that metaphor.)