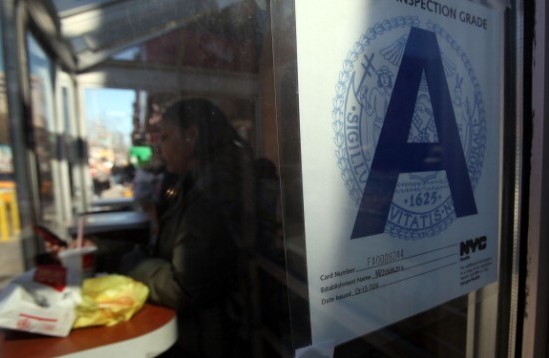 New York restaurateurs can breathe easy: a deal struck between City Speaker Christine Quinn and the NYC Department of Health will decrease the severity of health inspection fines, which at one point sapped the city’s restaurant industry of $40 million per year.

In the past, chefs and restaurateurs complained that the city’s health inspectors would arbitrarily fine them for silly, non-consequential things like “incorrect placement of hand sinks” or “weird potatoes,” and accused the city of incentivizing negative inspections to bring in revenue for the city. Thanks to Quinn’s deal (and maybe, just maybe, a good PR move in the midst of her run for Mayor of New York City), fines will be cut by a maximum of $10 million, according to the New York Daily News:

More serious offenses will have fines set at anywhere from $300 to $2,000, with many of the most common violations falling 15% to 50% from their current average fine.

The city will for the first time designate set fine amounts for specific violations, keeping them to $200 for minor infractions like storing utensils incorrectly.

“Letter grading . . . was never designed to nickel-and-dime restaurants out of business, and that’s what’s been happening,” Quinn said.

Of course, Quinn’s biggest mayoral opponent Bill DeBlasio called the move “a cynical ploy,” which, of course. (Her other opponent, Anthony Weiner, was too busy snapping photos of his penis, which also, of course.) However, that’s a lot of money saved for the restaurant industry, which makes everyone else pretty happy.