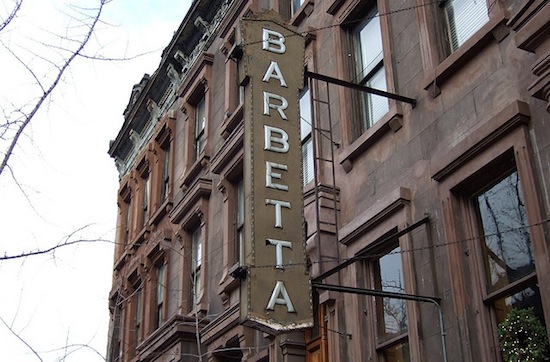 Oy — this is not the way to spend the weekend of Thanksgiving.

Famed Italian restaurant Barbetta, which claims to be New York City’s oldest eatery, was evacuated Friday night after a fast-burning grease fire. And the damages could go from bad to worse.

The fire began in a grease duct, said the Associated Press, and spread quickly. Sources say the fire took firefighters about 50 minutes to fully extinguish. Said owner Laura Maioglio to the New York Post, “I was in the dining room when I heard the chef shouting fire, fire. We immediately evacuated everyone,” … “It’s very bad because it hits us at the busiest time of the year.”

The restaurant, whose biggest claim to fame is former diners Bill and Hillary Clinton, as well as Mary J. Blige, will remain closed until the damages have been repaired. The news of the fire, well, had mixed reactions via Twitter:

NO! “@JustinBrannan: Oh no! Fire at Barbetta.”