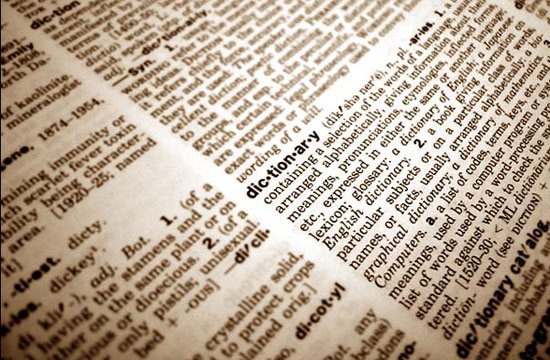 Every three months, The Oxford English Dictionary adds new words to its language arsenal, indicating their increasingly common usage among Americans, such as “jeggings,” “bromance,” and “muggle.”

And as English speakers become food obsessed and listen to celebrity chefs repeat certain words on TV, the food vocabulary used there has now been made official by the OED. Especially the following words that The Huffington Post found:

Locavore (n): A person whose diet consists only or principally of locally grown or produced food.

Bibimbap (n): a Korean dish consisting of rice topped with sautéed vegetables, chilli paste, and beef or other meat, sometimes with the addition of a raw or fried egg.

Panko (n): breadcrumbs with a light, flaky texture, typically used as a coating for fried or baked food.

But even though these words are now a part of the English language, we’re still seeing that annoying squiggly red line under “Frankenfood” and “bibimbap” as we write this post out — and god knows what “locavore” would auto-correct to in a text. (It took some time after Barack Obama’s election in 2008 to stop auto-correcting his name to “Osama,” so that patch might take a while.)