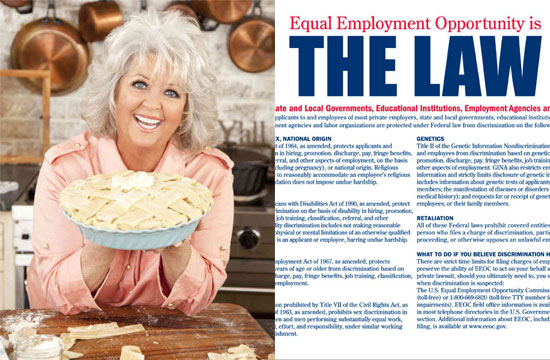 It turns out that Paula Deen may not have just been racist twice (first when she used the n-word to describe a black man who held her at gunpoint, then when she wanted tap-dancing black men dressed as slaves to cater a wedding). She may have been racist at least three, or even four times, according to a lawsuit filed by her former employees. (Maybe — gasp — she might have been racist at All The Times?)

[An attorney for Rainbow/PUSH] said one current and two former employees told him white employees are routinely paid more than black employees and are promoted more quickly. A black man who had threatened to go to the Equal Employment Opportunity Commission said Deen’s brother told him “you don’t have any civil rights here,” Rainbow/PUSH said in a press release.

Rainbow/PUSH said it has “found evidence of systemic racial discimination and harassment” by Deen and that “a family member consistently referred to a black cook as ‘my little monkey.'”

Patillo, who conducted interviews in Savannah where Deen’s restaurant is located, said current and former employees told him that Deen “preferred white and light-skinned blacks to work with customers” and that darker-skinned blacks were relegated to “back-of-the-house operations.”

If this is true (and keep in mind, these are still allegations at this point), this makes Deen’s admitted use of the “n-word” more than just the jokes she claimed they were in her deposition — it’s systematic and abhorrent racism.