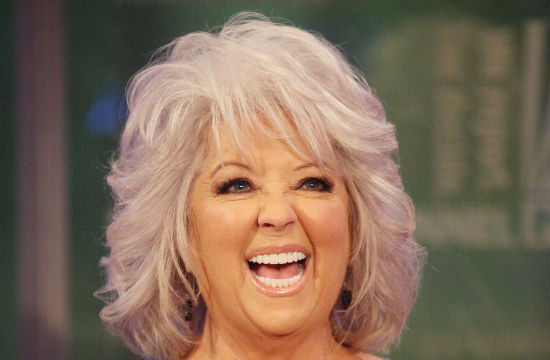 You didn’t think that Paula Deen updates would rest just because it’s America’s birthday weekend, did you? You’re so silly. The latest stop on the Buttery Racism Train is Paula releasing some of her unconscionable stress by firing her agent. Like all good celebrities in PR disaster meltdown mode, Paula has taken it upon herself to blame her handlers for their damage control shortcomings, and make heads roll.

Weiss went on to say that Deen and her family Weiss “thank him for the tireless effort and dedication over the many years.”

Thanks for all your help, Barry. If only you could have stopped every single one of her national sponsors from dropping her. Then again, with only a wee handful of regional sponsors left supporting her and only a magazine to run, perhaps Paula simply doesn’t need an agent any more. Maybe she’s taking a page out of Martha Stewart’s book and downsizing after her projected millions of dollars worth of loss for this year.

Her ex-rep made no bones about the fact that she thought Paula was poorly coached following the leak of the deposition in which she admitted to using the n-word and wanting a plantation-themed wedding with slave-themed waiters and master-themed guests. “Experts” agreed that canceling her first Today Show appearance was a crucial mistake in managing her image. You really should have dragged her out of that hotel room she had locked herself in, and forced her to make the appearance, Barry. This is all your fault. Clearly.