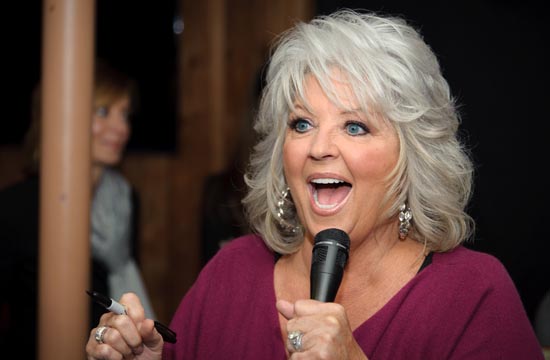 Like a cat, or a demon, or some sort of racist Moby Dick, it’s impossible to kill Paula Deen: the Wall Street Journal reports today that the former TV chef just received a lot of money from a private equity company to rebuild her brand. In this case, “a lot of money” means somewhere “between $75 and $100 million dollars.”

Last June, Deen was fired from the Food Network for admitting to making racist comments about her African-American workers during a deposition (but you already knew that), and lost hundreds of millions of dollars in corporate endorsement deals (and you already knew that too). But with a rabid fanbase, sold-out public appearances, and an episode of Law and Order: SVU based on her problems, Deen’s proven in the past few months that her brand is still valuable — and Nafjani Cos., a company that often invests in high-risk companies, is betting their money on her profitability . “Despite the controversy,” the WSJ said, quoting founder Jahm Nafjani, “her brand has strong, broad support from core fans across the U.S.”

And there’s actual money to be milked from her droopy teat: Paula Deen Ventures “is in talks with TV networks, retail chains and other possible partners, but has yet to announce a television contract or a major deal.” The Food Network, as they do, said that they hadn’t entered into talks with Deen about possibly returning to the mothership.