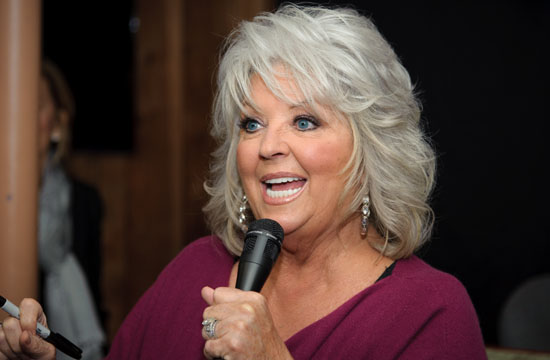 Technically, it’s a coincidence that Paula Deen’s racism scandal reached its news zenith around the time that the Supreme Court ruled on Perry v. Hollingsworth, the case that invalidated California’s ban on gay marriage (also known as Proposition 8). But now we can definitely use the word “ironic” to describe the Deen Legal Team’s newest tactic: citing Perry V. Hollingsworth to argue that plaintiff Lisa Jackson has no legal standing and can’t claim that she was harassed by Paula. Seriously, this happened.

How does this legal inception work? Basically, it’s a question of “standing”, or whether the plaintiff has the legal grounds to sue the defendant. Let’s go back to Deen’s lawyers’ initial defense, which was that Jackson herself was white — not African-American — and did not have relatives of African-American descent. While that excuse doesn’t negate the offensiveness of Deen’s original statements, it alleges that the statements don’t directly inflict emotional distress upon Jackson. Hence, Jackson herself cannot sue for racial discrimination.

As the filling (obtained by The Huffington Post) argues: “Jackson cannot enforce someone else’s rights, and she has no actionable claim for feeling ‘uncomfortable’ around discriminatory conduct directed at others…‘[i]f unease on observing wrongs perpetrated against others were enough to support litigation, all doctrines of standing and justiciability would be out the window.’”

This was the same rationale the Supreme Court used in dismissing Prop. 8, the Deen Teem (new nickname) claimed, highlighting a passage from Chief Justice John Roberts’ majority opinion chastising California State Senator Dennis Hollingsworth for defending Proposition 8: “In other words, for a federal court to have authority under the Constitution to settle a dispute, the party before it must seek a remedy for a personal and tangible harm.” (The straight Hollingsworth, in their opinion, could not be harmed in any way by gay marriage.)

HuffPost’s Joe Satran points out that the SCOTUS’s dismissal of Hollingsworth v. Perry hardly changes any legal understanding of the concept of “standing”, and we’re inclined to think that the Deen Teem sort of remembered at the last minute that There Was A Really Big Case In The News That Just So Happened To Contain Something Eminently Cite-able Which Proves Our Point Even More. (Which is, basically, how any college moot court team gets by in life.) Nevertheless, it is highly ironic that the Deen Team uses an anti-discrimination legal opinion to defend discriminatory behavior.

(See, Alanis Morissette? That is a proper usage of the word “ironic.”)