Pete Wells Comes Out against Tipping, Finds That Most Chefs Agree with Him

Pete Wells Comes Out against Tipping, Finds That Most Chefs Agree with Him 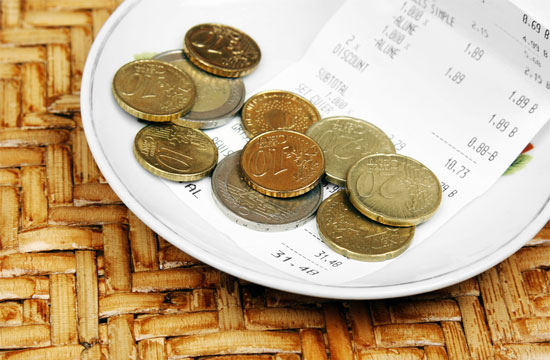 Anti-tip advocates have now received the blessing of a powerful, if faceless(ish), ally: Pete Wells wrote a long article in the New York Times arguing against what he believes is an antiquated practice, and cited well-known chefs who share his feelings.

“It is irrational, outdated, ineffective, confusing, prone to abuse and sometimes discriminatory,” he wrote. “The people who take care of us in restaurants deserve a better system, and so do we.”

Though he could have turned the article into one of those screeds where he rails against The System, Wells discovered that plenty of chefs — including Tom Colicchio, David Chang, and Daniel Paterson — agreed with him, though they conflicted over how to 1) make up the wages lost through tipping, and 2) how to do so without breaking any tipping laws:

…At Coi, in San Francisco, Daniel Patterson, the chef and owner, levies an 18 percent service charge to be “shared by the entire staff,” the menu notes. One of his motives was to level out the income disparity that tipping creates between the kitchen and the front of the house, he said.

“Neither one is more important than the other,” Mr. Patterson said. “So it doesn’t make sense to me that servers would make three to four times as much as cooks.”

…[Alinea investor Nick] Kokonas said: “It’s worth it, because as soon as you grow to a certain size these days, and you’re high profile, everyone starts examining what you do. It’s not good enough to say, ‘These guys are making $100,000 a year and they’re treated really well and they have full health care.’ That’s irrelevant. It’s ‘Did they get paid overtime for their sidework?’ ”

Mr. Kokonas’s restaurants and others call the extra fee a service charge. The term is misleading if the money goes to workers who don’t serve, and lawyers warn that in New York State, that would be illegal.

Will this change things? Maybe incrementally, which is a nicer way of saying “not really”; but it’s good to get the debate on this started.