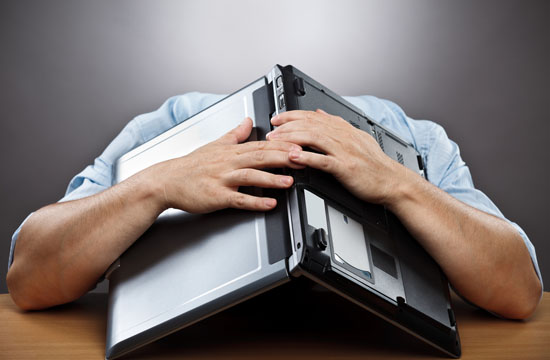 Internet, we think you might have hurt the sense of pride and dignity that Pete Wells derives from his job as the New York Times’s not-so-anonymous restaurant critic. Remember what you did last week on the playground? He was indignant about receiving a higher caliber of service than his non-famous friends while dining at Daniel Boulud’s four-star flagship. You called him a stinkyface and a stupid butt for saying that. (Hey! Stop eating your boogers and look at us when we’re talking to you.)

Do you know what happens when you hurt people’s feelings, internet, and tell them that the internet’s all-encompassing grasp on individual identity is eroding the anonymity crucial to the restaurant critic’s profession? They don’t like it very much. “Apparently there are people who believe that the Internet has made restaurant critics irrelevant,” Wells says in the very first line of his review of Jean-George Vongerichten’s ABC Cocina, and goes on to sub-tweet:

I’d like to direct their attention to this text from the ABC Cocina Web site: “abc cocina & michelin star chef jean-georges vongerichten welcome you to our modern global exchange celebrating local craft and international culture, a fusion of tradition and innovation uniting yesterday and tomorrow.”

Got that? There’s more: “experience the vision of abc home curation, a romantic and mystical atmosphere and succumb to a dynamic love affair with an eclectic and enchanting cuisine.”

If that gives you a vivid picture of what is in store for you at this three-month-old establishment, stop reading and use the free time that now stretches out before you to do something nice for a stranger.

If, on the other hand, you found a few passages somewhat hazy, I’ll be happy to do my job.

See, Internet? Let the man do his job. Go back to watching cat videos. We know we’re about to do that.

RELATED
Pete Wells Calls Out Daniel Boulud For ‘Coddling’ Critics At Expense Of Normal Diners
In Twitter Fallout Over Pete Wells’ Downgraded Daniel Review, It’s Industry Vs. Everyone Else
Josh Ozersky, Nick Kokonas, & An Embittered Editor On The Harsh Worlds Of Food And Web