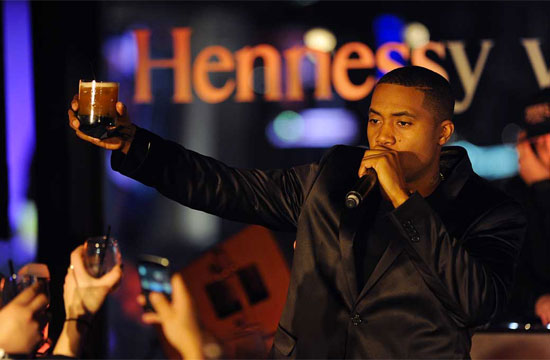 A Portland, ME bar recently took the unusual step of banning cognac, due to the liquor being “related to detrimental conduct.” They specifically banned Hennessy and Rémy Martin, two cognac brands often referenced by rappers. Rappers in the rap game. Rappers who are probably black and OH MY GOD THIS COULD BE TOTALLY RACIST.

Adding to the racial maybe-animus is the fact that Sangillo’s Tavern, the bar implementing the ban, has seen a lot of police activity in the past year, including one shooting that left a man paralyzed, and the police have called for the tavern to lose its liquor license as a result. The tavern’s response, via a real letter written to the police via the bar’s real lawyer: they banned the cognac that violent undesirables drink. Boom! No more incidents. Or something. (We told you it was a racial maybe-animus.)

Lest you think that they banned all cognac for some slightly less-racist reason, like “cognac sucks and whatever we’re entitled to our opinions; First Amendment, hoss,” the Portland Press-Herald has a great rundown as to why Hennessy may have been banned (they don’t go into Rémy Martin, but we could safely assume they have the same connotations):

Hennessy cognac is a product with a large African-American customer base and ties to rap and hip-hop culture. Snoop Lion (formerly Snoop Dogg), R. Kelly, Kendrick Lamar and Drake are among the artists who have mentioned it in lyrics. The rapper Nas is the latest celebrity spokesman for the brand. P. Diddy and Busta Rhymes have also mentioned cognac in their lyrics.
Hennessy first became a favorite with African-American drinkers when black soldiers in Europe were introduced to the cognac during World War II, said Jamilah Lemieux, an editor at Ebony.com who has written on the history of Hennessy. Lemieux said that soon after World War II, Hennessy became the first liquor brand to advertise in Ebony and Jet magazines, helping to forge a brand loyalty among African-Americans that endures today.

Essentially, Hennessy and Rémy Martin the most African American of all the cognacs, and the bar believes this would be a great move to help keep their liquor license — despite the fact that they “couldn’t give specific examples of incidents in which patrons were involved after drinking Hennessy or Rémy Martin.”

Portland police say that they don’t believe banning cognac would be effective in reducing crime, nor did they recommend the ban.