Presidential Bake-Off Perfectly Sums Up The Candidates In Cookie Form 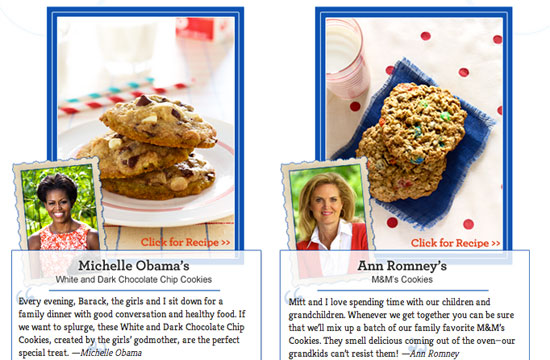 Ever since the 1992 presidential election, Family Circle has held their own debate between the wives of the candidates, and the husband of the winner of said debate nearly always takes the White House in November. But instead of fighting over whose garden is prettier (Michelle Obama) or whose horses dance better (Ann Romney), the First Spouses fight over who has the best cookie recipe.

The best thing about this year’s cookies, however, is how much you can learn about their husbands simply by looking at the recipes. To wit:

We’re off to eat some cookies. It’s a better way of choosing our candidates than watching really bad ads run by super PACs.