Quit Calling the Bologna Eataly the 'Disneyland of Food,' Guys

Quit Calling the Bologna Eataly the ‘Disneyland of Food,’ Guys 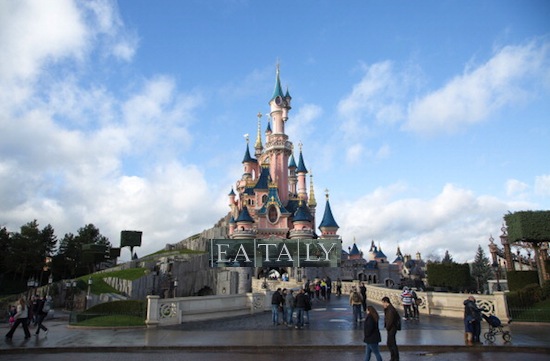 Because that really makes it sound bad, K? Eataly is still fancy! It’s no lowbrow kinda place! (Apologies if you really like Disneyworld.)

That’s what Slate is arguing, in a tiny bit of a hoity-toitiness. Disneyland = lowbrow, Eataly = highbrow. And so Eataly World, just in its beginning stages, already has a bad rep, because it’s no longer so hoity toity and exclusive. Writes L.V. Anderson:

Eataly has always walked a fine line—and one of the main reasons it’s enjoyed a reputation among Americans as a foodie mecca is that it’s so inaccessible. The only American branches of Eataly are in New York and Chicago, which means that New Yorkers and Chicagoans get to feel like they’re part of a special club.

So … it’s a fancy club for rich people to eat Italian food. And unless we’re counting Epcot (we’re not), Disneyland is not a fancy club. Concludes Anderson:

Eataly’s mistake in announcing its new venture, then, … was the way Eataly framed the message: Disneyland, to most Americans, connotes populist, materialistic excess—everything that the kind of people who shop at Eataly like to pretend they’re immune to. If Eataly had kept the idea the same but announced Eataly World as a “gastronomic education center,” I doubt the reaction would be so negative.

So you know, spin that shit, Eataly. Make it as high-brow and asshole-ish as you possibly can, lest the poors get in!

RELATED:
Breakfast Links: An Eataly Theme Park Is Really Happening
Bourdain is Planning Massive NYC Street Food Market Complex
The Where’s Waldo’s of Eataly: Where Will The Store Open Next?