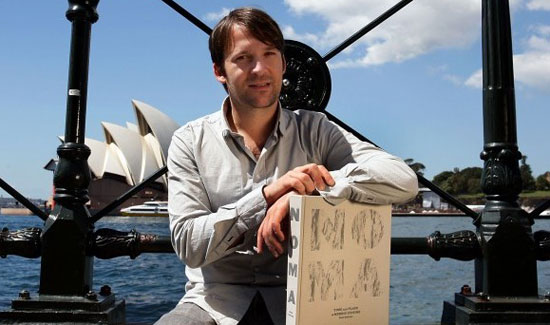 It’s hard to imagine the Bon Iver of the chef world getting furious about something, but apparently Rene Redzepi of Noma has one peeve that will make him HULK SMASH: people who don’t show up for their reservations.

You’d think that the best restaurant in the world wouldn’t have that problem, but even Noma can’t escape what Redzepi calls a “mega problem” in the restaurant industry. In an interview with Big Hospitality, Redzepi revealed that Noma has an average of three no-shows a week (who in their right mind would do that?!), which costs the restaurant thousands of pounds in revenue.

“If a customer has a booking at 8 PM, they shouldn’t be allowed to just call at 8:05 PM and say they can’t make it, because then the restaurant can’t make up the space,” he said. Redzepi gets even more peeved when large parties no-show, and earlier in February, tweeted a photo of him and his staff which perfectly encapsulates their opinions on the matter.

But he admits that his hands are tied on the matter: there’s no way for him and his staff to get diners to commit to their reservations, due to lack of manpower. Hiring people would mean an increase in prices, and “the only time [he’d] raise prices is if [Noma] was adding value to the menu.” In addition, he’s not allowed to take credit card information over the phone.

The one solution that’s possible without breaking Danish law, he believes, is creating a culture where diners “respect a restaurant reservation like a trip to the dentist,” though he admits that it’s wishful thinking on his part. “Call and cancel,” he implores diners, “and call in good time.”