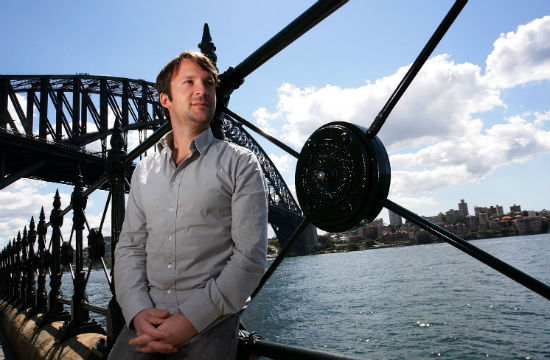 Best/worst time to open a pop-up resto in London? The 2012 Olympics. Rene Redzepi brought Noma to The UK with a ten-day pop-up takeover of Claridge’s which boasted a pre-fixe price tag of approximately $305. He fed 3500 diners while he was there (for reference, Noma would have fed about 750 in that time frame back in Denmark), and finally served up his dream dish made with live ants/a>.

Natch, the so-called “kefir lime-flavored” crawlers elicited the most shock from the diners. And did that surprise Rene? Nope.

“It’s taboo food: You’re eating a bug,” he admitted to Bloomberg News. But he compared the camaraderie of the shared food moment to you know, like, naked executive sauna meetings or something… WHAT?

“It’s like when you go to Finland and you go into an important meeting and 30 minutes after you landed you’re in the sauna naked with all the people,” he explained. “But I was more interested in people having the surprise of the flavor.”

Plus, he added, the Noma formula is well-suited for adaptation to British tastes. What? Why? How? Are we going to go foraging through a British garden? No, silly. Because they’re weather cousins. Oh! Yes, of course. Says Rene:

“The philosophy and the enthusiasm we know now can be adapted anywhere, especially in London or Great Britain because we are two proud Protestant cultures that share many things, that share many food values and we complain about the weather in the same way. We’re like weather cousins. I would say if there were one place it could work, it would be here.”

Welp. There you have everything you never knew about Europe from the World’s Best Restaurant’s head chef: Finnish saunas and weather cousins. Now you know.