Reporter Discovers Secret List on How to ID Food Critics

Reporter Discovers Secret List on How to ID Food Critics 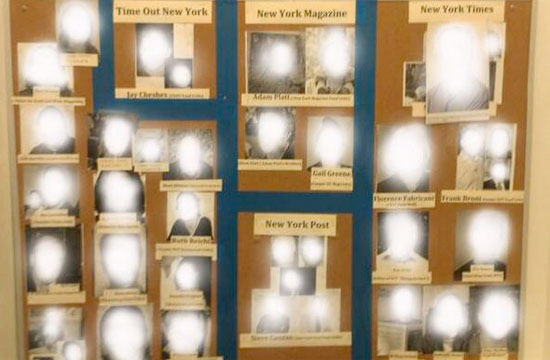 While somehow traipsing in the back rooms of a “prominent Chicago Kitchen,” Chicago Tribune writer Kevin Pang came across the following guide to spotting, subduing, and handling that dangerous creature stalking the restaurant industry: the restaurant critic.

Apparently, professional restaurant critics display habits and characteristics that make them easily distinguishable from their distant relatives, the “foodie” and the “insufferable know-it-all”. For instance, they “ask an unusual amount of questions about the product and the concept of the restaurant,” “give their full, undivided attention to menu spiels,” and are normally “SINGLE DINERS” (emphasis theirs).

Here’s the list in full, including the protocol on what to do once the restaurant critic has been spotted:

Found in kitchen of prominent Chicago restaurant: Instructions on what to do if you spot a food writer pic.twitter.com/KkQTEgAbeV

This isn’t the first time Pang’s somehow gotten his hands on Secret Documents: later that night, he tweeted out a perp board containing New York’s most notorious restaurant critics:

Found this in the kitchen of a Manhattan restaurant: “Most Wanted” board of NY food critics (I blurred out faces) pic.twitter.com/TLjTYvTQfb

We have no idea what the majority of restaurant critics look like, but we’d just like to reiterate: we may or may not be Marina O’Loughlin, and we’d really love to get whatever perks that she — er, we — are entitled to as beautiful Scottish Asian restaurant critics.