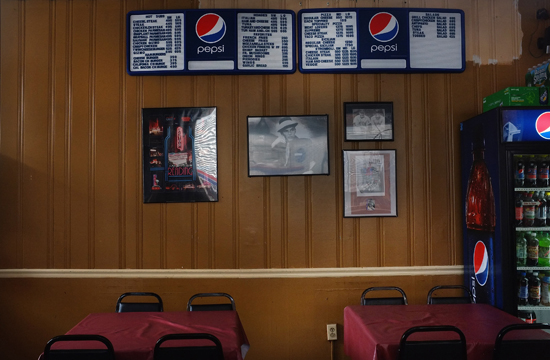 Although last night’s James Beard Awards were filled with festivities and celebrations and endless beers/cheeseburgers/Todd English sushi fights, this morning’s news brings an immediate buzz kill: Thomson Reuters reports that the entire restaurant industry only saw an earnings growth of one percent in 2013’s first quarter.

The LA Times reports that, compared to a robust first quarter last year when the industry grew 6.3%, the beginning of 2013 saw restaurant profits and traffic slammed with a litany of problems. Cold weather, the return of the payroll tax, and the rising cost of food contributed to a “deep freeze” in overall growth — a surprising reversal, considering that last year the restaurant industry’s rapid growth was one of the bright spots of an otherwise slow U.S. economy.

The report revealed that not even the giant megachain behemoths were untouched by the slowing sales:

Quick-service establishments saw a 1.6% boost over the first quarter, down from the 7.5% upswing a year earlier, according to the estimates. Starbucks, with a 6% increase, had the strongest comparisons in the group, but still missed its 8% mark from the first quarter of 2012.

The casual-dining sector fared even worse, dipping 0.6% after rising 2.7% a year earlier. Darden was the weakest performer, dragged down by the 6.6% dive in sales from its Red Lobster brand.

To reiterate: this is the industry that, nearly a year ago, was the third-largest job creator in the United States and hit a new record in its job creation rate. The bright spot in the story is that the upcoming Mother’s Day dining rush is expected to provide a much-needed boost in business. Yeah, who are we kidding, that’s not a good sign.