To Win The Bocuse d’Or, Richard Rosendale Is Slowly Turning Into A Superhero 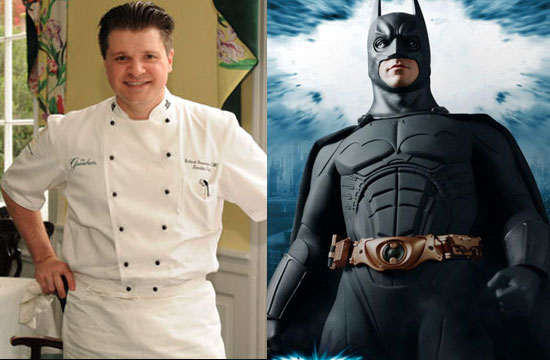 Anyone who’s followed Richard Rosendale’s traning for the Bocuse d’Or has noted, with some awe, how freakishly intense it is: cooking in secret kitchen bunkers, flying around the world to train with masters, buying, quite literally, tons of equipment to use on the day. But in a recent interview with Food Republic, Rosendale, his transformation nearly complete as the competition looms, explains why he needed to push himself to nearly-superhuman levels…to win a cooking competition.

For instance: each time they rehearse the competition, they do it for six hours a day, and then repeat that over and over again. They’ve shipped things to France as test shipments, so they could keep track of how long it will take to get over there. Every single piec of equipment used in their bunker, down to the smallest vegetable peeler, will be the exact piece of equipment used in France.

And then there’s the physical training, to hone Rosendale’s catlike reflexes:

I do a lot of things that help with hand-eye coordination and dexterity is really important… I will go up to a rack of barbells that have been randomly assorted and put them in the order that I am told to do it. It causes me to keep bending down and thinking at the same time. Why is that important? Well, yesterday my peppermill was facing an unusual direction and bumped another one when I went to set it down. I was able to snatch it right out of the air before it fell and put it right back. That’s how intense you get when you’re doing it.