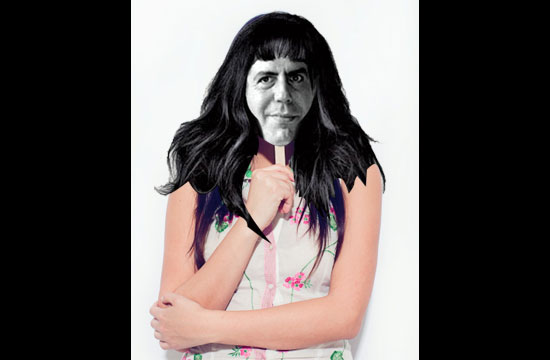 Prior to today’s Wall Street Journal, there were perhaps three people in the world who knew the true identity of Twitter parody account Ruth Bourdain: him/herself, his/her agent, and Satan, who gave birth to whatever it is.

Now, however, a certain Sumathi Reddy knows the answer to the food world’s biggest secret, because she interviewed the real Ruth Bourdain to promote his/her new book, Comfort Me With Offal. One part Ruth Reichl and one part Anthony Bourdain, the author of the Twitter account wants to get one thing clear:

“No matter what, I want to continue to keep it anonymous because I think that’s something that the readers like. Every time there’s been an attempt to spoil it there’s an outcry on Twitter. It does make it better. People can use their imagination.”

That hasn’t stopped a few people from insisting that they truly know who Ruth Bourdain is. “There is a person who is constantly saying I’m Julie Powell,” “Bourdain” says. “He’s positive. There’s another person who will say things like, ‘I know who it is but I can’t reveal it.'”

Even the thoroughly debunked theories, like the Alice Waters April Fool’s joke where she “outed” herself on Twitter, still get play. “For months after that people thought she was being honest and said, ‘Oh, I can’t believe it.'” At the very least, “I can deny I’m her.”