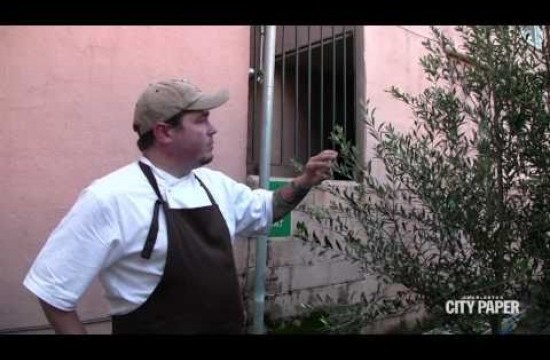 It’s well established that Sean Brock is a locavore to the extreme (not every James Beard Award-winning chef harvests their own sea salt and owns an island of baby piglets). But we’ve never quite seen how thorough he is in his his mission to preserve the culinary heritage of South Carolina, until we learned that he recently won Cooking Light Magazine’s Trailbrazing Chef Of The Year award for the following reason:

Since building a network of farmers, grain purveyors, food historians, and scientists over the past few years, Brock’s seed-saving mission has revived about 35 Southern plants, some of which might otherwise have gone extinct.

Butcher pigs, save plants? That works for us!

But to be perfectly serious, in fostering local farms and preserving heirloom plants, Brock’s goals benefit far more people than only him and his own restaurant: by convincing farmers to not only plant these heritage seeds, but also to stop using chemical fertilizers in South Carolina’s nutrient-depleted soil, Brock hopes to bring true flavor back to Southern produce. “Crops are being grown in soil that has no nutrient value; therefore, they have no flavor,” he told Cooking Light. “We’ve bred out flavor so we can grow things bigger, faster, and easier.”

“Ultimately,” they write, “Brock wants to restock the region’s pantry with the same wealth of intensely flavorful grains and produce that Southern great-great-grandmothers had at their disposal.”

Congratulations to our favorite seedvangelist, who’s more of a seed Jane Goodall than a John Hammond.