Big Brewers to Start Listing Ingredients for the First Time

Thanks to Food Blogger, Big Brewers to Start Listing Ingredients for the First Time 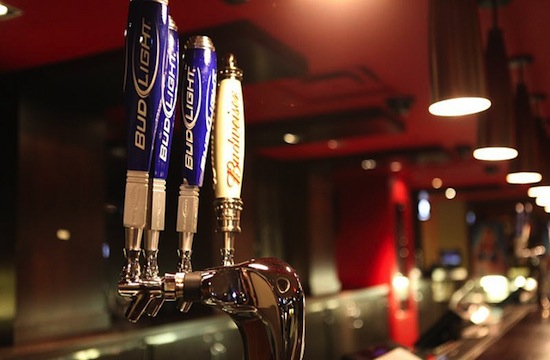 A noble cause … for those additive-fearing Bud Light drinkers out there. (Wherever you are, could you please raise your hand? We’re not quite sure where you are.)

There’s praise abound for the food blogger behind Foodbabe.com, Vani Hari, for successfully pressuring big brewers like Anheuser-Busch and Miller Coors to list the ingredients used in their beers. For the first time ever, the conglomerate brewers will name what they use in their beer; Anheuser-Busch has already created a website, “Tap Into Your Beer” to give a consumers an idea of what they’re drinking. Miller Coors listed the ingredients for six of their beers on Facebook.

Namely, the move is causing a big fuss because the brewers aren’t legally required to list their ingredients. Crain’s Chicago Business notes that when big brewers were petitioned to release their ingredients 30 years ago, the government shut that idea fast. So props to the little guy (in this case gal, who also petitioned against additives in Kraft mac n’ cheese and Subway’s yoga mat chemicals) who made the big brewers cave. And yet, we’re not exactly celebrating.

It’s worth noting that Hari began this this fight a year ago with a series of blog posts, accusing big brewers of using high fructose corn syrup, dextrose, and corn. That’s right, corn — one of the most commonly used adjuncts in beer. (Not sure what an adjunct is? Beer Advocate has you covered.) And her main beef was that GMO corn products could be in your beer, making it not clean. Uh, well, as pointed out last year by noted beer experts, it’s impossible to know whether or not GMO corn is used in your beer — or any other corn-based food product. So even if you believe that major corporations like Anheuser-Busch and Miller Coors are being sooooo transparent and being suchhhhhhhh good guys, guess what? Doesn’t actually mean shit.

And all those fish bladders and antifreeze ingredients floating around in your beer that has Hari wigging out? Unless you’re drinking Guinness, one of the most well-known users of isinglass, you’re most likely safe — but no, you’re not going to find bits of fish in your pint glass. And if you think your beer is safe, it most likely was made using gelatin as a fining agent or filter, which is also not vegetarian, so there. Oh, and that ingredient found in antifreeze, the propylene glycol? If the head of the Center of Science in the Public Interest, an organization which calls bullshit on just about everything out there, says it’s a safe food additive, it’s probably not as big of a deal as you think. If you want to cut out all this propylene gycol, go ahead and cut out most baking mixes, salad dressings, drinks, and cookies.

In short, all this posturing about “what’s really in your beer?!” is kind of a hopeless fight — especially if you don’t really understand how beer is made. (Sorry Hari, but your shit has long been called out.) If you really give a damn about what beer you’re drinking, drink an organic craft beer. Knowing what’s in your Budweiser isn’t going to make it taste any better, anyways.