The 16 Worst Examples of Restaurant Behavior in 2013

The 16 Worst Examples of Restaurant Behavior in 2013 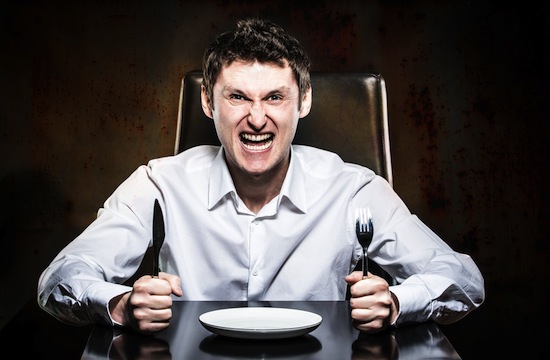 2013 was a year when etiquette, politeness, honesty, and regard for human life went out the window of the world’s restaurants, and we’re not sure why. Maybe the planets aligned weirdly. Maybe Marina O’Loughlin and Reddit got more eagle-eyed. But we caught them all, and present them to you, industry workers and customers, as a fine example of What You Should Never, Ever, Ever Do In A Restaurant.

16: Never fire your entire staff the night before Christmas. We don’t care if you experience a Dickensian nightmare of redemption and Christmas ghosts afterwards; just don’t do it at all.

15: Never demand that your waiters foot the bill of a dine-and-dash party.

14: Never stay open during federal holidays that everyone’s supposed to get off, because really, guys, don’t be jerks.

13: Never attempt to be a celebrity chef at the age of 20, and if you insist on getting a show at that tender age, never do it with a flashy, famewhoring pop-up.

12: Never lie about your chef’s service in your TripAdvisor review, because you never know if said chef is reading.

11: Never complain that your waitress refused to serve you alcohol when she saw you breastfeeding your child. (11a: Never make said waitress babysit your child while you step outside for a smoke.)

10: For the chefs: never make your waiters pee in sinks, even if there’s only one bathroom, and even if that bathroom is only for customers.

9: Related; for Justin Bieber: Never pee in a mop bucket.

8: For BP: Never bankroll Top Chef: New Orleans as a mea culpa for the Deepwater Horizon oil spill of 2010, get Emeril Lagasse to publicly defend you, and then stab him in the back by refusing to compensate his losses from said oil spill.

7: Never be McDonald’s. Seriously, this year they just kept shooting themselves in the foot. (McResources? McMinimum Pay? McMighty Wings? We could go on.

6: For the waiters: never pretend to be the victim of tip-based homophobia, because sometimes, people keep really, really good records on their credit card bills.

4: Never be Samy and Amy Bouzaglo. If you cannot help that fact, never go on Kitchen Nightmares.

1: Never steal KFC’s logo and replace the Colonel with a picture of Adolf Hitler.