The Best Bourdain Answer from His Twitter Q&A: ‘Deep Dish Is Not Pizza’ 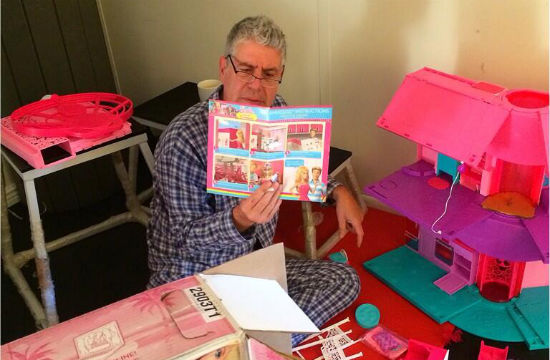 The Emmy-winning, bestselling, Broniest celebrity chef in the world took to Twitter yesterday, answering many of his fan’s burning questions (and some of his fans’ questions about burning sensations in their groins).

But out of all the questions, this was the best, and will probably inspire many angers:

(And half of The Braiser applauded.) Here are less controversial questions and their equally less controversial answers, mostly about Bourdain’s taste in music. (Man, remember fourteen years ago when admitting to having sex in a walk-in was scandalous? Those were the days.)

“@rod_herr: @Bourdain best place to have sex between services?” Flour sacks. Dry goods area. Though corn meal has more give.

“@hosergirl416: @Bourdain What do you really think of Ludo?” My brother. Nicest guy ever.

“@spidlerc: @bourdain Where did you throw your cock rings?” Check your underwear

[Editor’s note: YES THERE WAS.]

The infinite hole of Bourdain questions can be found below.

RELATED:
A Look Back At Kitchen Confidential, The TV Series Starring Bradley Cooper
Bourdain Parody of the Day: ‘I Wear a Leather Jacket on My Heart and I Have Cigar Eyes’
Which ‘Hot Young Urban’ Bourdain Protege Is in Talks for A CNN Show?