The Best of the Chefs' Easter Tweets

The Best of the Chefs’ Easter Tweets (Or, How Martha Stewart Won Easter) 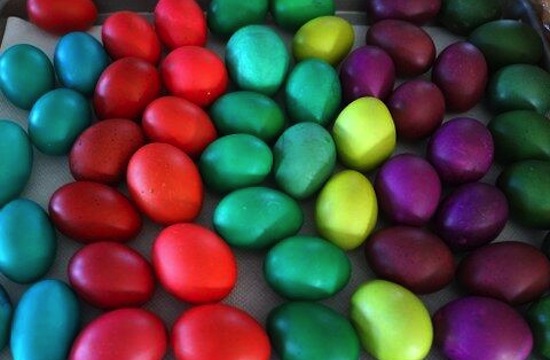 Looks like everyone is eating candy (except for Padma Lakshmi) and making delicious food; but Martha has real stuffed bunnies at her feast, so. She wins.

Wishing everybody a blessed Easter with their families! Buona Pasqua! http://t.co/aqp6ZuQXJP

i am baking the ham(have you noticed that whole smoked hams are very difficult to find?)

this is a real stuffed rabbit sitting on emu eggs and quail eggs and pheasant eggs pic.twitter.com/n1TGMsaP6o

jude and truman colored eggs with me- the dark brown Maran eggs take on deep colors so well! pic.twitter.com/NG2eFAoYeV

Ready for a ramped up Easter!!! http://t.co/lTCHQr4GGG

Good morning everyone and happy Easter, let’s not forget the real meaning and enjoy each other’s company, have a blessed family time

RELATED:
Happy Easter: Let’s Not Eat 100 Peeps Like This Guy
Look At These Civil Rights Peeps in the WaPo’s Peeps Diorama Contest
ANNOUNCEMENT: Introducing The Ramp, A Site for Lovers of Wild Onions