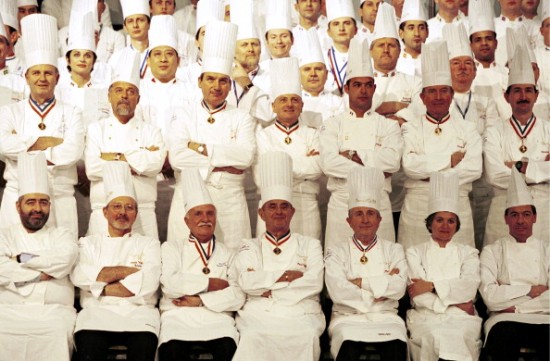 A while back, the Bocuse d’Or was gracious enough to let everyone know what the meat portion of their annual international cookery competition would be (ICYMI: it’s beef filet). However, with today’s announcement of the fish course (lobster and turbot) came a barrage of changed rules. But as Food Republic points out, they’re not just normal changed rules — they’re game changing twists:

The Bocuse d’Or hosts, cackling maniacally to themselves, explained to Food Republic that the 2013 changes were meant to “encourage the chefs to display even more creativity and spontaneity.” Really, though, we think that M. Night Shyamalan got his hands on the Bocuse d’Or. (Expect the judges to declare, midway through the competition, that they’re all really vegetarians! And Paul Bocuse was dead the entire time!)