The Harsh Reality of Farm-to-Table? It Leaves Out The Farmer

The Harsh Reality of Farm-to-Table? It Leaves Out The Farmers 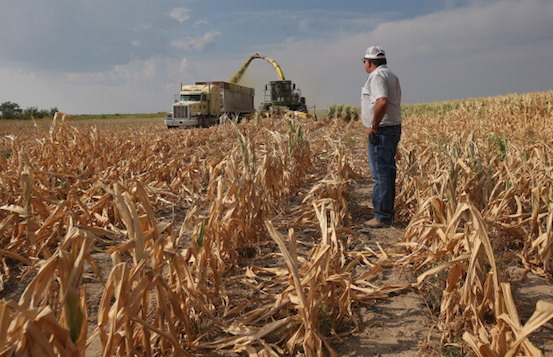 While you might think that an impassioned New York Times op-ed from a farmer might point fingers at foodies and their kind — and it does just a tad — for passing over the real issues of farming and agriculture, the real takeaway of the article rallies for a louder voice in the farm-to-table movement.

The must-read of the day comes from Bren Smith, who shares the “dirty secret” of farming upfront: no one’s making a living doing it. And that’s a big problem. Smith shares that he sells crafts, drives trucks, and works at a nonprofit all to make ends meet, and he’s hardly the only one.

All the things that come to mind with the farm-to-table scene — the weekend farmer’s markets, the CSA’s, the urban farms, the nonprofit farms — aren’t doing much to help the actual farmers, argues Smith. In fact, it’s created a model of unsustainable sales, and competition from all sides. But Smith’s indictment of farm-to-table restaurants is what’s most stunning in his op-ed:

And then there are the chefs. Restaurants bait their menus with homages to local food, attracting flocks of customers willing to pay 30 bucks a plate. But running a restaurant is a low-margin, cutthroat business, and chefs have to pay the bills, too. To do so, chefs often use a rule of thumb: Keep food costs to 30 percent of the price of the meal. But organic farming is an even higher-risk, higher-cost venture, so capping the farmer’s take to a small sliver of the plate ensures that working the land remains a beggar’s game.

The food movement — led by celebrity chefs, advocacy journalists, students and NGOs — is missing, ironically, the perspective of the people doing the actual work of growing food. Their platform has been largely based on how to provide good, healthy food, while it has ignored the core economic inequities and contradictions embedded in our food system.

Still, Smith rallies his fellow farmers to become advocates for their trade as well. Worth a read, for the foodies with a guilt complex and farmers alike.