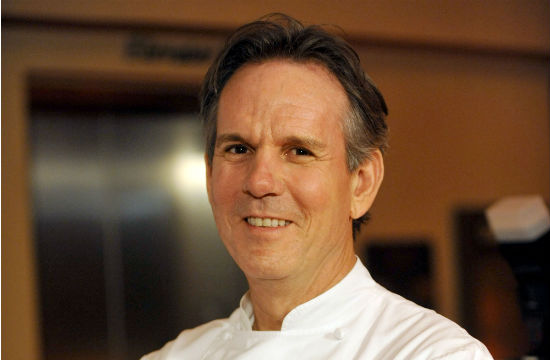 Charlie Trotter who? The Chicago stalwart may have a reputation for being the scariest head chef of them all, but Thomas Keller has us, and probably all self-respecting food media personnel, quivering in our cubicles. In his defense, he clearly realized his interview with Huffington Post San Francisco was eventually going to come around to Corby Kummer’s Vanity Fair rant about the “tyrannical tasting menu.” And no one likes talking about other people talking shit about them. We get it.

But when the reporter did her best to warm Keller up with a benign question about how nice it must be for him to watch Yountville spring up around him as one of its earliest settlers, Keller fired back, “I think that’s pretty much common knowledge; you can find that on the website. Did you do any research on me whatsoever? I’d rather just talk about what you really want to know.”

…Okay, then. How about his feelings on celebrity chefdom? Keller replied:

“I should turn that question on you. We didn’t create the celebrity chef, the media did. I never said I was a celebrity chef. I can only express to you my ideas and it’s up to you to decide how you write about it.”

Good god, we hope this was a phone interview, or we would have never recovered.

As for The Corby Question, Keller allowed:

“It’s fine. I can’t control what people write and Corby has to make a living. I’m not sure what the point of the article was. Corby sent me two emails before that piece came out and when was he here last? 1997?…At the end of the day, I disagree with Corby’s critique. From my point of view, if you come into my restaurant and you want a bowl of Corn Flakes, my job is to give you a bowl of Corn Flakes. I have no ego attached to what we do.”

Which like, what? How does Corby Kummer, writer of the curmudgeonliest culinary smackdown in recent memory come off under less fire than the poor reporter who was trying to get you to answer some nice questions about your life?

Note to self: Do not provoke The Keller.