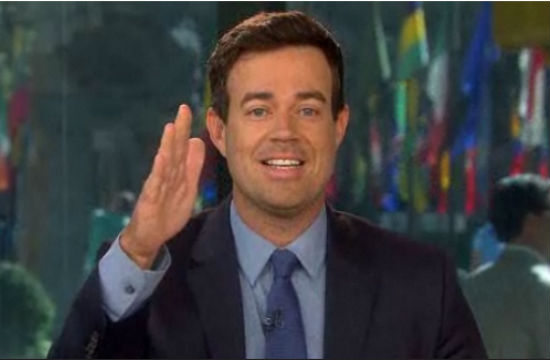 The Today Show wasted no time ushering in various and sundry “experts” to pick apart the Paula Deen interview heard ’round the world this morning just minutes after it aired, and after Paula allegedly broke down in front of anchors off-camera. In no less than FIVE different segments dedicated to Paula talk, Anchors and Co. analyzed the Deen footage.

First, they debated her interview amongst themselves during Today’s Take Three. Notice how Al Roker admirably tries to steer the conversation towards the more shocking and blatantly offensive plantation wedding angle in lieu of the somewhat more contested N-Word Debate. Thanks for trying, Al.

Unfortunately, Natalie Morales lets slip this brutal misstep in Paula’s defense: “She did bring up that point, which I think is so true, is too often, I think, black people use that word to describe themselves and to talk to each other.”

Oh, don’t worry. Al swiftly pounced directly on top of that one. Check out the clip below.

Then, they bring on a body language expert and a PR maven to dissect Paula’s words and gestures during the interview itself, and debate her sincerity.

“I was shocked that she’s had plenty of time to gather herself,” founder and president of The Britto Agency, Marvet Britto said. “Paula Deen was clear in that interview that she had no intention to apologize. In fact, we didn’t hear her apology at all.”

As for that reach across the set to touch Matt Lauer’s leg in an effort to underscore her point? Says body language expert Janine Driver, “I think, at this moment, it was a little contrite, and it was more about her than, ‘Please, anyone I’ve hurt out there, if I’ve hurt you, please, I’m so sorry.’ And we just didn’t see it.”

Check out their segment below.

And then, of course, there’s Carson Daly’s special brand of expertise: standing in front of a giant screen projecting the Today Show’s TweetDeck, and “taking the nation’s temperature” tracking #PaulaDeenTODAY. He’s filling in for Willie Geist, who’s on vacay in Hawaii, and, in the clip below, he reads a few tweets and Facebook comments from either side of the argument. #JOURNALISM.

Plus, there was the discussion surrounding Caesar’s Casino locations dropping Paula Deen Buffets immediately following her interview this morning:

Annnd, for good measure, why not have the Winesday Wednesday Twins weigh in? Kathie Lee Gifford inexplicably keeps insisting that “we still don’t know” about the facts, which we’ve run out of ways to be frustrated about.

The consensus of all this analysis? Basically that the interview didn’t change anyone’s mind. Good job, Matt Lauer. Haters gon’ hate, and racism apologists still gon’ go have lunch at The Lady and Sons. Or something.