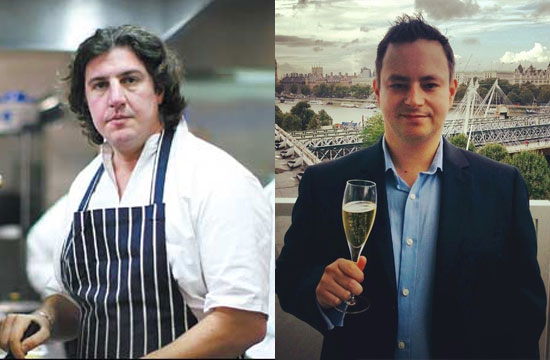 In international conflict theory, the term asymmetric warfare is used to describe a conflict between two enemies where one actor has significantly more power than the other. It could also be used to describe the massive pile-on that happened on Twitter yesterday, when many of England’s best chefs beat up an amateur blogger as if he were a stand-in for A.A. Gill.

Poor James Isherwood! All the guy wanted to do was write his food blog, share a few photos with his 100+ followers on Twitter, and occasionally leave an earnest review on Trip Advisor, which is the Chuck E. Cheese of food review sites. (In contrast, Yelp! is the Playboy Mansion.) But there are super serious chefs out there — chefs like two-star Michelin winner Claude Bosi, who runs Hibiscus and is, as the Guardian allowed, a “technical genius and at the forefront of British and indeed global cuisine.”

But when Isherwood went to Hibiscus and subsequently wrote a Trip Advisor review awarding it three out of five stars, dinging the poor starting course and “hit-or-miss” service, Bosi Hulked out. See, earlier that evening, he’d brought the fledgling food writer into his kitchen after dinner and asked what Isherwood thought of his meal; Isherwood said that he thought that his meal was good. Feeling betrayed, Bosi brought out the thermonuclear weapons of his industry and destroyed Isherwood on Twitter:

Though Jay certainly has a strong point, Luke Mackay wrote in the Guardian that he was appalled by his colleagues’ behavior. “Well done chefs. Nice work. A victory for common sense. How dare some nobody pleb have the temerity to criticise YOU. Bullying is not for this industry, nor any. I am shaking with anger writing this. …

“All of you made me ashamed to be a chef last night, you made be ashamed to be on twitter and you have done nothing but bad for our industry. Yes we know a restaurant lives or dies by its reviews, yes we know that Trip Advisor is unedited and sometimes destructive. But calling a paying customer a “cunt” on a public forum for not liking his starter? That’s going to kill you before any pee-wee blogger.”