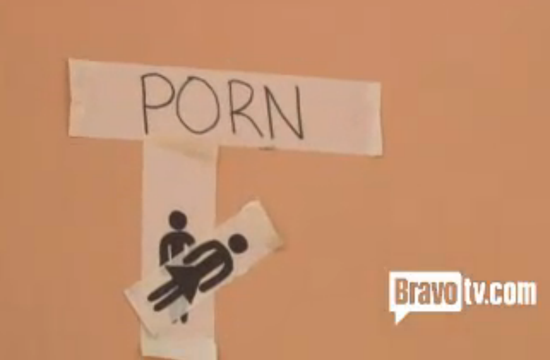 Sandee Birdsong, the supervising culinary producer-slash-Season 3-cheftestant and woman responsible for the sensual, slow-panned shots of the plates served on Top Chef recently revealed some of the, erm, tricks she’s turned to make the food visually appealing to viewers at home who can’t taste it.

In an interview with Fast Company, Birdsong admits that sometimes, the production team has to resort to unsavory measures to make sure that the food meant to be photographed looks as good as, or sometimes better than, the food being served to the judges. This involves beet juice (to help meat retain its redness), Windex (to clean up plates), and occasionally, sponge cake (to completely recreate dishes that contestants forgot to create a “beauty plate” for).

But whenever they’re away from the Top Chef kitchen, they have to improvise — sometimes in the skeeziest of areas:

That is so wrong but so appropriate, in so many different ways.