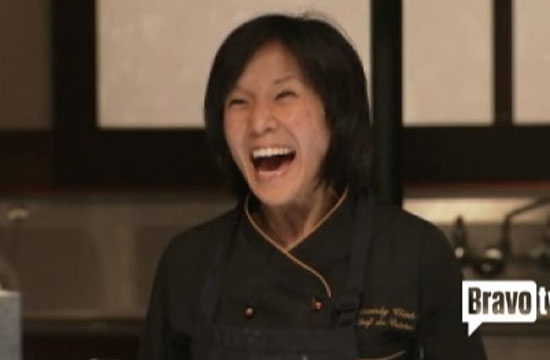 Everybody, freak out! Top Chef is doing that thing again where they screw with the format of the competition to mess with everyone’s sanity!

Bravo sent out a press release this morning announcing the return of Last Chance Kitchen, the webseries begun last year where eliminated Top Chef: Seattle contestants compete to return to the actual show, and thereby fuck with their competitors’ minds. (Hiiiiii, Beverly Kim!)

But wait, there’s a twist! The winner of Last Chance Kitchen will automatically earn a spot…in the finale! (Byyyye, Beverly Kim.)

Okay, Bravo, this is just dumb. We just tried to write all that out, and now we’re in an apoplectic rage over how confusing that all was. Seriously. It’s like an obese version of Inception, or if Franz Kafka were to script a reality television show about the existential despair of packing one’s knives after being transformed into a bug. (It’s that confusing. Just — please, make a show about people who are cooking. Is it that hard?)