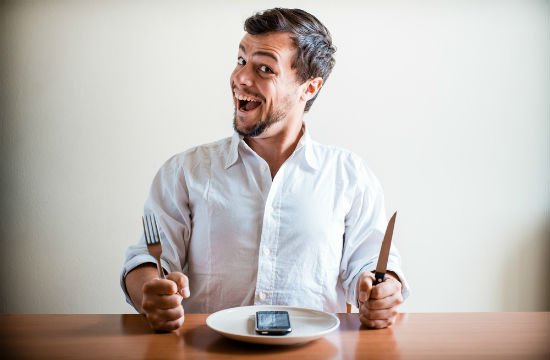 Underfinger lives behind an unmarked, graffiti-ed door in Chinatown, is staffed by a chef who grew up near Noma and served many years in the Danish army, and serves dishes like Seahorse Sashimi and a 74-ounce steak for four. But don’t get it twisted; just because it doesn’t exist doesn’t mean the restaurant’s hype isn’t building. Check out all this buzz:

Not sure how we missed out on this place for a full two weeks. Never again. Underfinger on @infatuation. http://t.co/yd2lJ0Her6

Don't miss Underfinger. Sure to be on all top year end lists. "Farm-to-finger" is 4 real. Today's @infatuation Review http://t.co/p9Stl6BAmZ

I absolutely have to find three friends to eat sea horse and take down that steak http://t.co/CcEvcVflYr @infatuation

"The chef…grew [up] just a few miles from Noma, and has eaten there several times. He’s taken that training…" http://t.co/6db0Dqey2H

Thanks to that @infatuation review of Underfinger, a little Twitter networking, and a giant name drop, I will soon be snacking on seahorse

You can read the Underfinger review in its entirety here.