Vice Confirms That Being a Chef is Like, Really, Really Manly 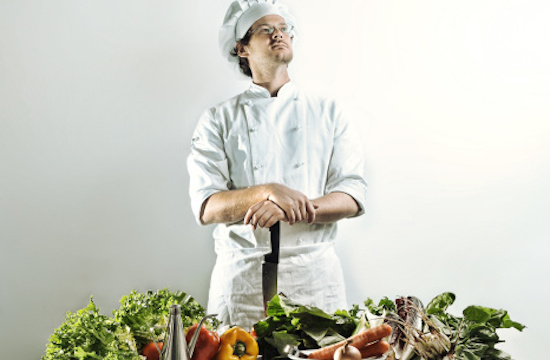 An article entitled “Being a Chef Made Me Forget I Have a Micropenis?” Let’s just throw in every stereotypical male chef in there and roll around a bit, shall we?

To be fair: the article clearly states that being born with a micropenis is in fact a medical condition. And for that, we can’t judge the (anonymous) writer. But for real, as if we needed another article confirming that cooking a meal is the ultimate test of testosterone and all that is masculine. You’re not a real god unless you’re a chef, right?

In short, becoming a chef made the writer feel more at home with his masculinity (or lack of self-perceived masculinity) because you know, men are at work here. He writes:

I didn’t care about the hours because I existed somewhere outside of my own thoughts and obsessions over my inadequacy as a man. It’s not a stretch to say that the testosterone-fueled atmosphere made me feel more masculine than I ever had felt before. When the guys talked about sex and women, I joined in. When they pushed each other around, they pushed me around, too. I’d spent so long at school retreating and shying away from any kind of male bravado because I was so worried I’d get ‘found out.’

Butchering meat was something I always enjoyed, but at this place it became a real passion of mine. And yeah, cutting down a side of pig with a massive cleaver did make me feel like man. That might sound horrible to you but, when you’ve been struggling with your masculinity for your entire teenage and early adult life, you take what you can get.

But of course, the real test of being a man is whether or not you cans satisfy a woman and break down massive amounts of meat. The story ends:

As long as she’s happy and I carry on being a chef, I will feel like a real man.

And now, we wait upon the article “Being a Chef Made Me Forget I Have a Vagina.”

RELATED: Time Inc. Is Trying To Make Up For ‘Gods of Food’ By Running a 25 Most Powerful Women Crossover
“Female Chefs Dominated the 2014 James Beard Awards
“TIME Magazine Writes Article About How Their ‘Gods of Food’ List Excluded Women, Eats Itself