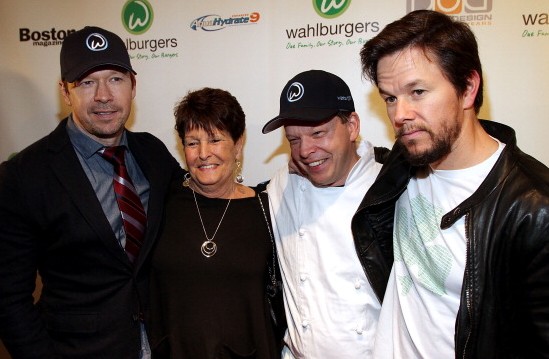 What could possibly be more entertaining than the prospect of the Wahlberg brothers starring in a reality show around burgers?  They recently started filming the pilot for Wahlburgers, a television show starring brother Paul, the chef of said burger chain, and his brothers Donnie and Mark, the famous handsome ones/investors. But that’s all right, because all the Wahlbergs are yummy, like delicious Dunkin’ Donuts frappes, no matter how much more famous a few of them are.

In an interview with the Boston Globe, Paul, who operates Wahlburgers as well as the restaurant Alta Nove, said that he was excited to see more of Mark and Donnie in the process of filming the pilot. “They are still piecing things together,” Paul said in a phone interview. “It’s a business. It will be fun.”

You know what’s also fun? Ranking Walhberg brothers by how hot they are:

We digress. Apparently, according to Grub Street, the show could be extremely juicy since, like everything in Boston that has nothing to do with Harvard, the chain is riddled with crime and drunkenness: “Wahlburgers has been in the news lately thanks to a lawsuit alleging that ex-manager Ed St. Croix did an “abysmal” job and the arrest of CEO Rick Vanzura for midday drunk-driving.” Bahsten!

Mark plans on appearing in the pilot, since he’s conveniently in town for a private screening of his newest movie Broken City, starring him and Russell Crowe, as well as to start shooting a docu-drama series called Breaking Boston, in which six young women from the Greater Boston Area, desperate to get perms and buy Patriots hoodies, resort to cooking meth.

[The Boston Globe via Grub Street]