WATCH: Andrew Zimmern Was Once Fired By Thomas Keller 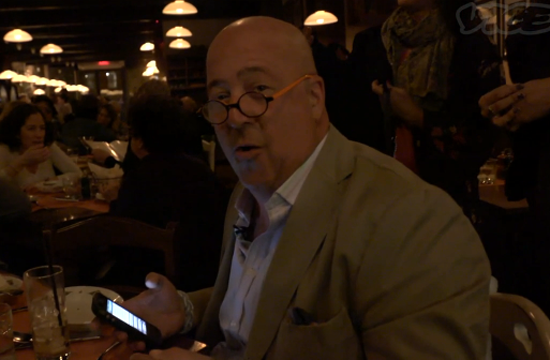 Andrew Zimmern’s biography is one of the great comeback stories in the chef world. The former homeless alcoholic-turned-restaurateur-turned-renowned television host with a line of designer glasses has always been pretty upfront about his past addiction, but we’ve never seen the dark humor on display like in VICE.com’s latest Munchies installment. Let’s just say it takes as many balls as Zimmern’s eaten to candidly talk about being fired by Thomas Keller.

“It was the ’80s” has never provided as much context as it does in the below video with Jonathan Waxman: in the ’80s, Keller owned a hotspot called Rakel, and hired Zimmern for a year. But as Zimmern admitted, no one — not Keller, not Larry Forgione, not anybody — should have hired him in the first place. “I was either able to ingratiate myself right away, because I had a lot of good talent…which was the biggest mistake,” Zimmern says, “because I would then always be drinking and drugging myself out of a job.” Here’s a particularly illustrative anecdote:

“[Keller] and a couple of other guys found me in the liquor room, drunk from the night before, passed out on the floor. When he saw me for the first time [since then], I dunno, ten years ago, helping a friend, he literally walked across the room, gave me a hug, and whispered in my ear: ‘I thought you were dead.'”

“And then I got well, I moved to Minnesota, and things got dramatically better for me.”

The rest of the video is a fun traipsing about New York City, where he visits a few other people related to his past failures. Seriously, Zimmern, how many balls does a man (or woman) have to eat to become so frank? The candor is refreshing — and admirable — and we may just go eat some gonads in your honor.

Related posts:
Andrew Zimmern’s Lowest Point: ‘I Had A Plan. I Was Going To Drink Myself To Death’