Weird Al Used to Have a ‘No-Lasagna Backstage’ Rule

Weird Al Used to Have a ‘No-Lasagna Backstage’ Rule 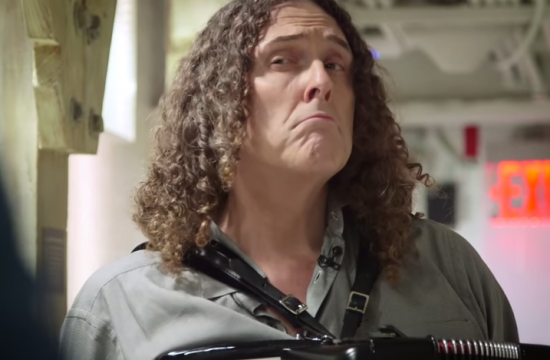 Weird Al Yankovic sings about food, a lot. Between “My Balogna,” “Eat it,” “The White Stuff,” “Grapefruit Diet,” “I’m Fat,” and more, he was as good a guest any for Dan Pashman‘s podcast The Sporkful. The podcast aims to “obsess about food to learn more about people.” When Pashman is doing it right, he’s masterful.

He and Yankovic talked about his albums, and how, at 56 years old, he’s doing better than ever. His most recent comedy album, “Mandatory Fun” debuted at Number 1 on the Billboard 200 chart. It’s the first comedy album in history to do that. On his current tour, he’s playing venues like the Hollywood Bowl and Radio City Music Hall. Pashman asked him about his food-themed songs, and his philosophies on life. Here are the food-related things we learned about Weird Al on the podcast:

2. He’s mostly vegan, but he calls himself a vegetarian because he cheats sometimes.

3. He now pronounces bologna bolo-na, because of his song “My Bologna.” And, according to the dictionary, either pronunciation is correct. Go annoy your friends.

4. Despite his song “The White Stuff,” where he sings about his love for the cream in the center of Oreos, he doesn’t eat America’s Favorite Cookie that often.

5. He believes in rebelling against authority, except for when he’s cooking. When it comes to making Mac and Cheese, it’s all about following the rules on the box. When he reads a recipe and it calls for “some salt,” he wants to know “how many grains of salt?”

6. His road manager didn’t allow lasagna backstage at shows for a while. Yankovic said that “lasagna is very cheap to make, apparently, so a lot of promoters are like, ‘give ’em lasagna!’ And you end up eating lasagna five times a week.”

7. He really does go on a grapefruit diet. Kind of. When he’s on a diet, he eats a ruby red grapefruit every morning. Other than that, he never really eats them.

8. Rye or Kaiser? Rye for the most part, especially with patty melts.

9. Tater tots are a major guilty pleasure of his. He also loves “cheap, cheap macaroni and cheese.”

Listen to the whole podcast:

Is it Okay That Rick Bayless Makes The Best Mexican Food in The Country?