White House Chefs Should be ‘Nervous’ About The Next President

White House Chefs Should be ‘Nervous’ About The Next President 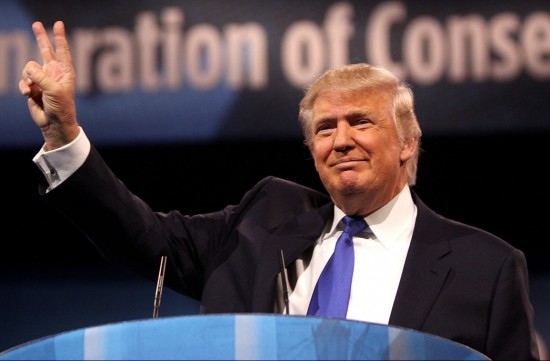 If you’re a White House staffer, your boss changes every eight years, or possibly every four years. In January of next year, either Donald Trump or Hillary Clinton will probably be in office. Permanent staffers spoke with Vanity Fair last week, and understandably, they’re uneasy about what might come next, whoever the next president is. One staffer anonymously told the mag that he or she would not work at the White House for Trump “even if they tripled [his] pay.”

Former pastry chef Roland Mesnier, who worked at the White House from Jimmy Carter‘s presidency to George W. Bush‘s said he would be “nervous” about working under Trump. “If the Donald makes it to the White House I think there’s going to be a lot of changes. I think the White House as we know it and the kitchen will be totally different,” he said. He also expressed concern that Trump might get rid of current  kitchen staff, noting that Trump has access to some pretty great chefs and restaurants. He said that if he were still working there, “[He] would be worried for [his] job, that maybe [his] job as [he knows] it will disappear. . . . If the pastry chef quits, with one phone call he will have five chefs from his restaurants ready to replace him.”

It wouldn’t be easy under the Clintons, either. Skip Allen, a former Usher told the magazine that the Clintons are tough to work for because they can’t make up their minds. Once, Hillary asked the chef to stop serving a chicken dish. Within one month, Hillary reportedly called back and said, “We are really missing that chicken dish. Why isn’t it on the menu anymore?”

It won’t be an easy task for anyone. If it’s Trump, the kitchen had better be ready to serve lots of well done steaks and cherry-vanilla ice cream.