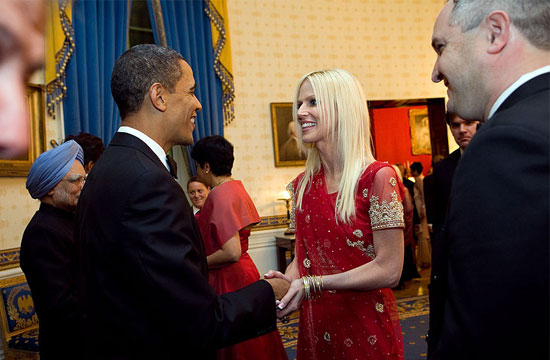 Here’s an update fresh off the schadenfreude-wire: Tareq and Michaele Salahi, a faux-socialite couple known for crashing parties, creating fake charities, and attempting to make The Real Housewives of Washington, DC a legitimately interesting reality show, are in the news again — because their vineyard is going under.

While it might just fuel their egos to  recap the trainwreck that is their lives, we’ll do so to illustrate exactly why the $1.6 million Oasis Vineyards, owned by Tareq’s family and once rated as a top Virginia vineyard before Tareq ran it into the ground, will soon be sold at a foreclosure auction:

Apparently they couldn’t famewhore enough, because the auction is totally taking place on May 11th. The Washington Post reports that Tareq’s mother Corinne was the one who filed for bankruptcy, leading Tareq to state that he’d try to block the sale. If anyone has $1.662 million lying around and would like to purchase a 102-acre winery with a 9,600 square foot wine cellar in order to save Tareq from himself, you know where to go in a few weeks.

Also, Tareq is running for governor of Virginia with a campaign called “Crash the Vote.” We’re done here.