Why Doesn’t Anyone Want to Have Dinner With Michael Pollan?

“You know that friend of yours who rails against the evils of high-fructose corn syrup? The one who’s obsessed with where every single morsel of their food comes from? Well, more than just about anyone in the country, Michael Pollan made your friend like that.” In a recent episode of The Sporkful, host Dan Pashman talks to the leader of the farm-to-table movement and asks the question, “Is Michael Pollan Misunderstood?”

I get Michael Pollan. I don’t get anything not Michael Pollan, but I get Michael Pollan. As Pashman discusses on the podcast, the diet industry is extremely popular, and it feels like every week there’s a new diet book on the market. And inevitably, one (or many) of your friends goes out, buys the book, and waxes poetic about how this is the right plan. It’s just different this time. You’ll ask, okay, what’s the diet? The friend will say, “you can’t eat this, that and the other, and you eat a lot of x, y, and z.” How is that an entire book? 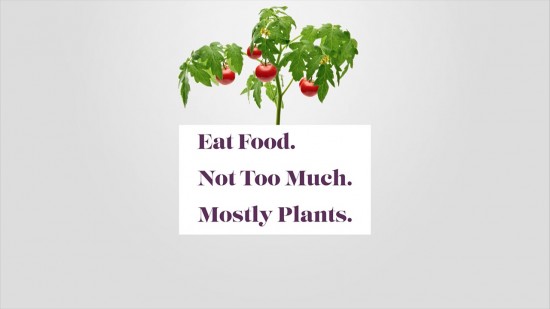 That’s where Michael Pollan comes in. I used to work for a tech company in an office that had one of those crazy cafeterias you’ve heard about. At the entrance of the cafeteria there was a huge sign with the quote, “Eat food. Not too much. Mainly plants.” That’s him. Everything clicked for me when I read it. It’s so simple, but today, so many of us just aren’t living by it. We buy “nutrition” bars, though candy by any other name is still candy, and yogurt, billed as healthy, with far more sugar per ounce than evil soda. Worse, perhaps, we buy “nutrition” bars with more ingredients we can’t pronounce than those we can, and yogurt that somehow has zero calories and  zero sugar, and is somehow labeled as a food item meant for human consumption.

His philosophy is simple, but it’s loaded. When he says to “eat food,” he means food. He doesn’t mean something that looks like food, or something that acts like food, or the myriad things labeled food in our supermarkets. He means food. Food that your great-grandmother would recognize as such. And that food has calories, and it has fat, and sometimes, it has, gasp- gluten! Because that’s what food is, and that’s what food does. This is why the ever-important “not too much” comes next.

Pashman says, “whatever the diet flavor of the month is, there’s something about us that we gravitate toward easy answers…and nobody wants to hear that in order to be healthier, or especially in order to lose weight, you just have to eat a little less.” Because, as Pollan notes, “quantity is boring…and no one wants to be told that they eat too much.” We’re just trying to figure out the best way to eat the most that we can. But, binging on healthy food isn’t good either, and on top of that, it will still make you fat. “Mainly Plants.” Because, of course mainly plants. Eat lots and lots of plants.

If the philosophy sounds overly simple, that’s because it is. He’s not screaming about low carbs or low fat. And as simple as his philosophy is, his attitude toward that philosophy is even simpler. He even assures us all that there’s a place in the world for junk food (thank goodness.)

But, as Pashman puts it, Pollan’s name has “become shorthand for an ethos,” so, people are intimidated by him; no one wants to have him over for dinner. Pashman himself debated what to serve when he had Pollan on for the podcast. He wanted to have a beer with him, but what beer do you serve Michael Pollan? He could serve something like a bud light because it’s so off brand, but that’s too obvious. But then, what craft beer could you possibly serve him? But here’s the thing about Pollan: He’s not an absolutist in any sense of the word. He mentions on the podcast that even categories like “vegetarian” are so extreme and limiting to him. “If you’re a vegetarian,” he says, “and you eat meat once, you’re no longer a vegetarian.” He talks about it in his new Netflix series, Cooked. The first episode is a lot about meat and industry. He points out the merits of hunting and eating really good quality meat, but acknowledges that for most people, that’s not how we’re getting our chicken and beef. Still, he’s not asking you to stop eating it. In all of his writings, too, he’s decidedly not preachy. He’s totally chill.

Should this get to Pollan, and should he make it to the end, let it be known that I’d totally have dinner with him any day. But, given my own fanatical tendencies, especially toward his gospel, I’d imagine he’s not interested.