Why The Treme/Top Chef Tax Break Debate Is Irrelevant, And Louisiana Still Loses

Why The Treme/Top Chef Tax Break Debate Is Irrelevant, And Louisiana Still Loses 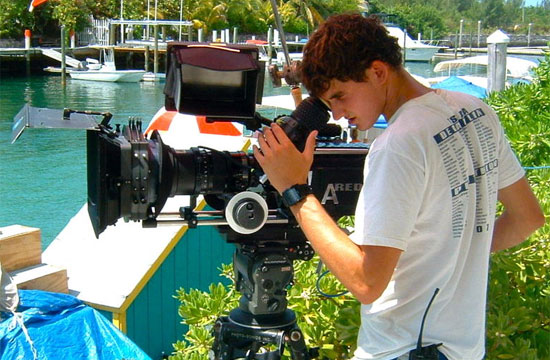 We’re the first to admit how fun it is to watch Bravo VP Andy Cohen insult TV writer David Simon over Treme’s tax breaks, and for Simon to eloquently bitchslap him back. But although Cohen’s pointed out that the money Louisiana paid to sponsor Top Chef was specifically from a BP “We’re Sorry That Our Oil Spill Destoryed The Tourism Sector That’s Also One Of The Biggest Engines Of Your Economy” fund, not money meant to aid recovery efforts, we’ve found that a widely used film and TV tax credit isn’t helping the state all that much, either.

@bourdain read to the bottom, explains what the BP fund actually is – thebraiser.com/bp-paying-for-… then call me abt Treme’s tax credits from NOLA

The State of Louisiana gives a 30% tax credit to all film and television productions that shoot there, tax breaks from which both Top Chef and Treme benefit. But while the furious Simon responded in a lengthy blog post (“Fuck Twitter”) that HBO generously underwrote a fundraising campaign for local nonprofits, he also pointed out that accepting a tax credit was not the same thing as taking oil money to bring in tourism:

For Mr. Cohen to flippantly imply that because HBO failed somehow to refuse the same tax rates that Louisiana offers to every production, we are in the same boat as Top Chef and its extended negotiations for a BP payout is just, well, horseshit.

So far, Cohen’s response has been limited to Twitter:

@dragonofsnaps @bourdain yes, by this logic he absolutely should’ve given them back.

But given the length of Simon’s retort, Cohen should probably write more than 140 flippy little characters — perhaps by pointing out that the Louisiana Legislative Auditor’s Office recently found that the state gets very little revenue in return for its generous tax credits, losing $170 million of taxpayer revenue in 2010 alone, and $800 million over the last five years.

The legislature generously expanded the Motion Picture Tax Credit, which was created in 2002, in order to bring more film and television productions to the state after Hurricane Katrina. But in a lengthy report released last month, the state audit found that the 30% tax credit, which also grants an extra 5% to productions that hire Louisiana workers, lost about 85 cents in tax revenue for every dollar it grants as credit, according to the Times-Picayune.

The incentive’s success should be measured in the indirect economic impact, such as jobs, goods, and services, created by film productions — and indeed, the report “showed an estimated economic output of $5.40 for every $1 of credit awarded in calendar year 2010.”  However, the report doesn’t go into how much money the state itself recovered from this economic growth.

The film industry’s presence in Louisiana has done untold good for the state’s recovery in terms of attracting technology and reversing a long-standing brain-drain, and we could joke that it might be better to keep that lost revenue out of the coffers of Louisiana’s government. But with the state currently locked in a budgetary battle, the film industry’s been prodded into an agreement to reduce their current tax break by a meager 15% — still not enough to prevent major cuts to higher education and health care, among other proposed reductions.

Bringing the topic back to the heated web-debate among Simon, Bourdain and Cohen, if one claims that the acceptance or rejection of a tax break is an ethics question, one should ensure they’re ethically consistent. If Bravo accepts these tax breaks without giving back to New Orleans, as Treme did, they still don’t get to wrap up and leave the city with their civic consciences clean — and that’s not even considering BP’s eyebrow-raising apology money. And if Andy Cohen’s going to claim that there’s nothing wrong with accepting a tax credit, as Top Chef has done in the past, he should do it with the knowledge that this beloved budget-trimming benefit can still come with collateral damage.