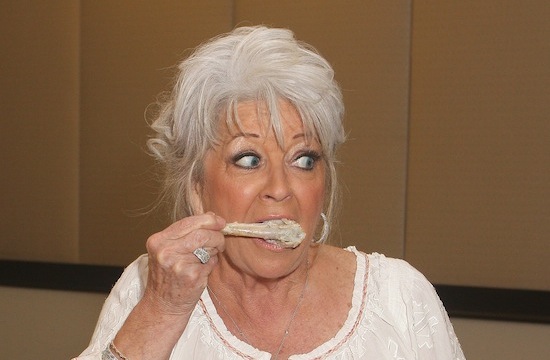 Paula Deen’s subscription-only online network is launching in the fall, and while Bobby Deen has already promised us that it will feature a “less-edited,” “freer” version of Paula, various exec-sperts are debating its potential success rate over at The Hollywood Reporter.

Paula Deen Ventures CEO Steven Nanula wouldn’t say how much the monthly subscription will cost when the network debuts in September, but confirms that she was fielding multiple offers from traditional networks to return to TV. Banter the aforementioned execs:

“Consumers are willing to pay for content,” says Grand View University media professor Stephen Winzenburg. Less optimistic is Northlake Capital Management analyst Steven Birenberg, who notes that ad rates are much lower online than on television and that digital networks do not benefit from cable TV bundles: “You got your broadband bill, then you add a bunch of [online] nets and guess what? You are paying over $100 again and have given up a lot of choice and quality programming.”

Nanula says the subscription model (he won’t reveal what it will cost each month) means the network won’t be dependent on ads. That said, Deen is expected to work her partners’ products into shows, and she’s open to creating sponsored programming.

“I’m not a huge bull on this business model,” says SNL Kagan’s Derek Baine. “Most digital networks will be started because they can’t get carriage deals on linear TV.”

But Winzenburg says if Deen finds success, other top personalities will follow.