Your Daily Cry: This Chef Gave Up a 5-Star Gig to Cook for the Salvation Army 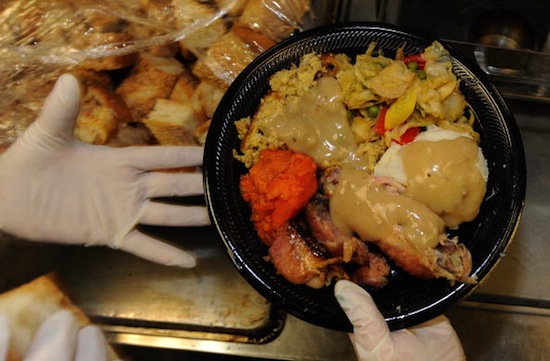 This holiday weekend, the Internet is only talking about one chef: Jeff Ansorge.

That’s the Minneapolis-based chef, who gave up a cushy job at Capital Grille and a salary of $80,000 to feed the homeless daily. (Because as much as we appreciate chefs taking time off once a year to feed the homeless, this guy does it on the reg — preach.) Now, Ansorge spents his days cooking at the Salvation Army Eastside Worship and Service Center in Minneapolis, where he told the Associated Press that he leads a full life.

“I went through a divorce. I was suffering from major depression for four years. And my priorities were all wrong,” Ansorge recalled while standing near the center’s pantry shelves. “I wanted the high-paying job. I wanted the big house. I wanted the cars. I wanted all that. And ultimately, none of that satisfied me.” …

Raised Catholic, Ansorge — a former altar boy — said he drifted away from his faith in his 20s and 30s. Despite his prominent position at the restaurant, Ansorge said he was spiraling downward.

“My priorities were backwards. I had a big mortgage, I had car payments, I had credit card debts,” Ansorge said. “And now I have none of that.”

So, yeah. We’ll just leave this little video to you on this fine holiday weekend — do the world some good and give a little, everyone.