Your Fireball Is Safe to Drink After Recall (But Don't) 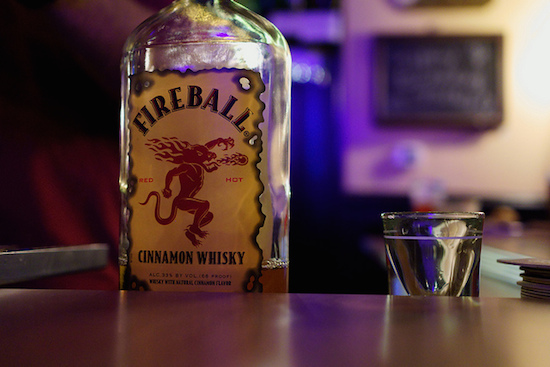 For real — Fireball is your drink of choice? Read ahead.

By now you have panicked, and then not panicked, over the recall of Fireball cinnamon-flavored whiskey in Europe. But antifreeze sounds scary, you say! Well, yeah, but — propylene glycol is found in many of the things you already consume without a second thought, says the Daily Beast. Turns out, Europe has more stringent laws about additives; while the U.S. doesn’t really give a crap how much propylene glycol is in your whiskey or food products, Europe does, and the recalled Fireball was “out of compliance with European regulations.”

So maybe before we throw out all the Fireball, we should be questioning why our government thinks it’s totally cool to consume antifreeze. But really, we have to be the buzzkill here nonetheless. In conclusion: Fireball is not what you should be drinking. Here’s why:

This is where you think you’ll be drinking it …

Or maybe greeted by a Fireball girl …

20 minutes until #OWhatANightGala officially begins!!! Guests will be greeted with Fireball! pic.twitter.com/gv6yDHHy0t

But in truth, this is what happens when you drink it NO MATTER WHAT.

Fireball Whisky was recalled for having an antifreeze ingredient. End result, this is what happens…. 3 shots later: pic.twitter.com/OBsOaYWMrx

He too is giving it serious shade.

And for real, if you prefer to drink something that tastes like cinnamon bubblegum threw up in your mouth, you deserve the unpleasant hangovers in the morning.