8 Days Out: Post-Debate Polls, A Weekend of Rallies, and How Today Compares to 2016 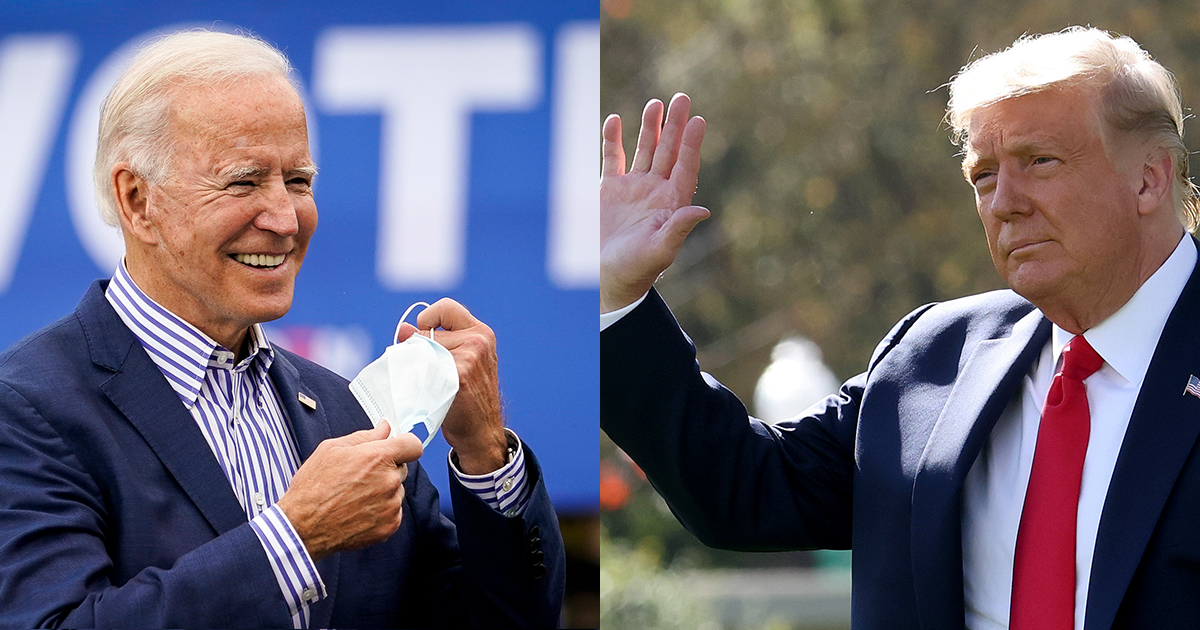 With 8 days to go until Election Day, former Vice President Joe Biden is still comfortably ahead of President Donald Trump by most measures. The weekend’s rallies are over, and though they haven’t had time to factor into many polls, it’s time to check in and see where the numbers are today:

In Rasmussen’s daily tracker, Trump’s approval among likely voters is at 52%, with 46% disapproving of his performance. The report has Trump just barely over Biden at 48% to 47%. Last week, Rasmussen had Biden up 49% to 46% at midweek.

Biden retains his lead in the battleground states that RCP tracks: Florida, Pennsylvania, Michigan, Wisconsin, North Carolina, and Arizona. The battleground average has Biden up +3.9 over Trump. 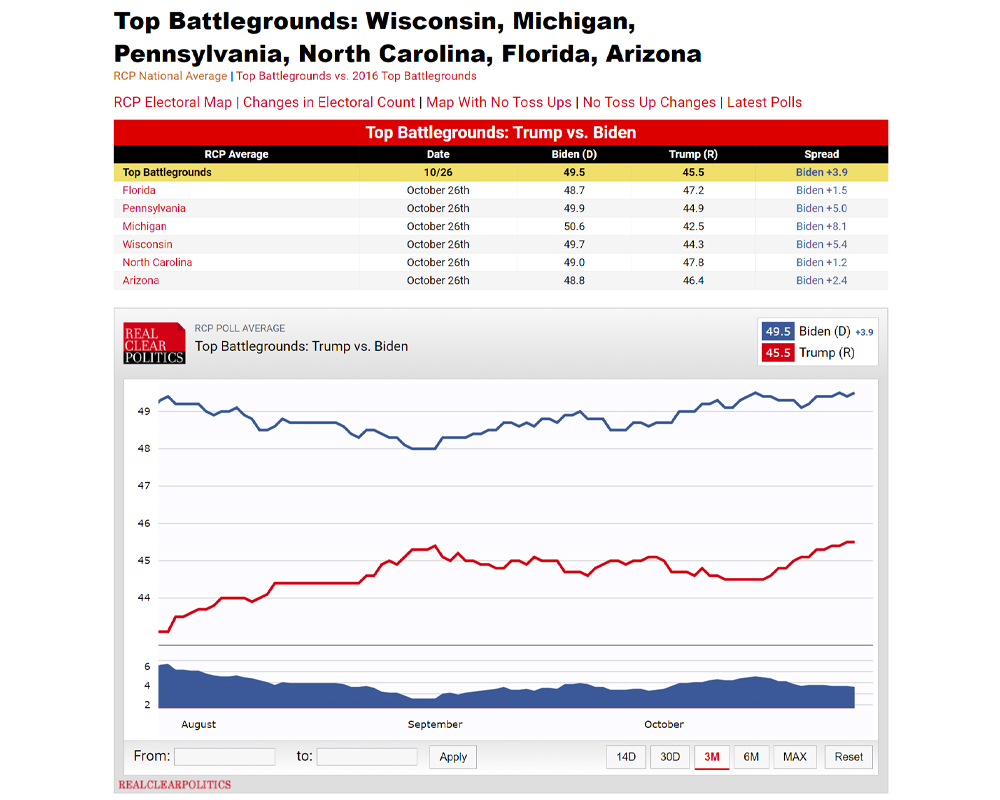 Importantly, while RCP shows Biden over Trump in the critical state of Florida, the lead is only a +1.5. As it has been and will be, Florida remains close, though, and the one that will keep people biting their nails. Both campaigns were in Florida over the weekend, with the biggest splash in the media coming from former President Barack Obama on behalf of Biden in Miami.

Florida’s picture is slightly different from FiveThirtyEight, which has the state’s average at almost double RCP’s, with Biden over Trump by +2.4. 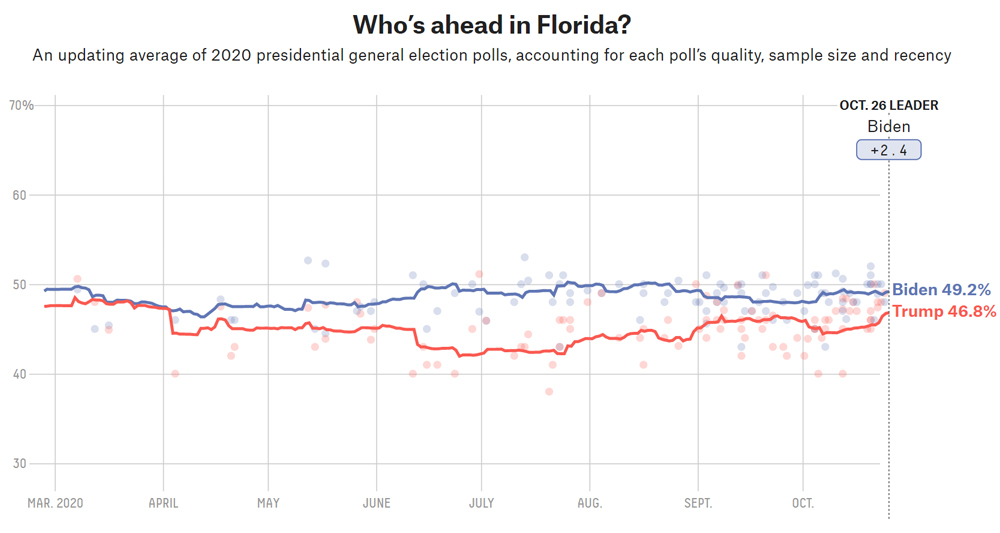 Back to the national picture: Among the polls averaged, several have updated since the final Biden-Trump presidential debate. The IBD/TIPP poll, which has Biden up 7 over Trump (52%-45%) noted that the three daily tracking updates since the poll have shown no movement toward Trump. The USC Dornsife poll shows a slight gain for Biden, while the JTN/RMG Research from Scott Rasmussen has a very slight gain for Trump, post-debate.

The post-rally weekend bump, if either candidate gets one, is unpredictable in battleground states, where the ebb and flow of campaigns tends to have more impact than they do in “gimme” states. With Barrett’s confirmation on Monday night and the all-out onslaught from the campaigns and media, the next five days will be the roller-coaster to ride for polling averages.

One more major point: CNN’s forecaster Harry Enten noted on Monday that, while Biden’s lead is fairly steady as of today, that was not the case for Hillary Clinton at this point in 2016. Her lead had begun “collapsing” and, Enten writes, while the gap was dramatically closing four years ago, “no such advancements can be seen in the 2020 polling against Biden” as of today.

The Yahoo News/YouGov poll, from Friday to Monday post-debate, has Biden at +12. In comparing it to Hillary Clinton’s performance in the same poll at the corresponding point in 2016, they find Biden’s lead is four times where the Clinton campaign was at ahead of Trump.

At FiveThirtyEight Democrats are still “favored” to win the Senate.

Check back with us daily for updates on the state of play going into what many agree is the most consequential election in generations.