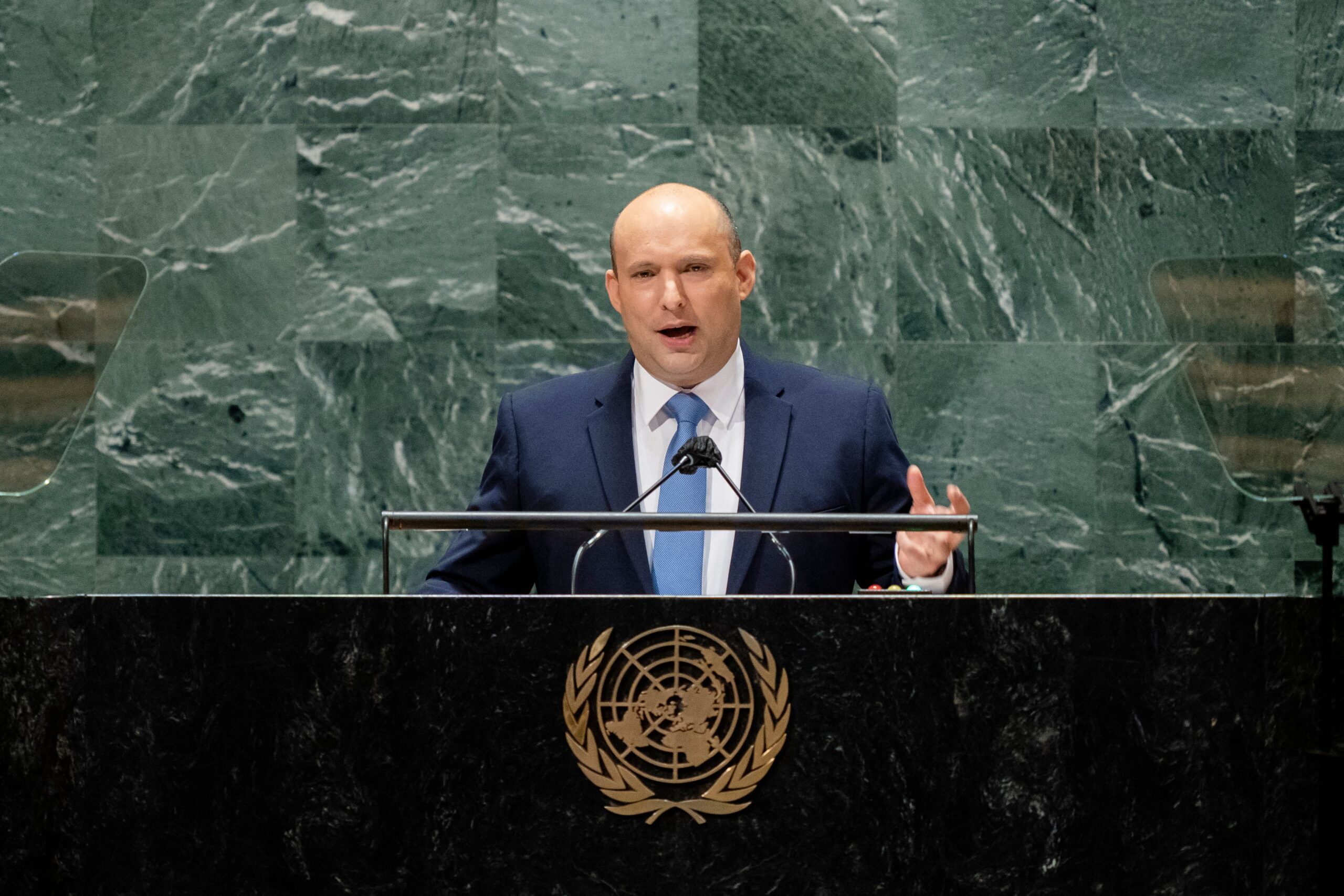 Israeli Prime Minister Naftali Bennett warned on Monday that “all red lines have been crossed” with Iran and its nuclear weapons program.

“Iran’s nuclear program has hit a watershed moment, and so has our tolerance,” said Bennett in his first speech to the United Nations General Assembly as Israeli’s prime minister. “Words do not stop centrifuges from spinning.”

Bennett also remarked that “Iran’s great goal is crystal clear to anybody who cares to open their eyes. Iran seeks to dominate the region and seeks to do so under a nuclear umbrella. Iran’s nuclear weapon program is at a critical point. All red lines have been crossed. Inspections ignored. All wishful thinking proven false. Iran is currently violating the [International Atomic Energy Agency]’s safeguard agreements and it’s getting away with it.”

#UNGA: Israel PM @naftalibennett on Iran’s nuclear program: “All red lines have been crossed… and they’re getting away with it!” pic.twitter.com/rWhOlqQZ5T

Bennett’s speech comes as talks in Vienna to get the United States to re-enter the 2015 Iran nuclear deal have stalled. The United States withdrew from the agreement in 2018 as the Trump administration cited the deal not stopping Iran’s nuclear weapons program nor addressing the Islamic Republic’s other malign issues such as its leading support for terrorism, its regional aggression and its ballistic missile weapons program.