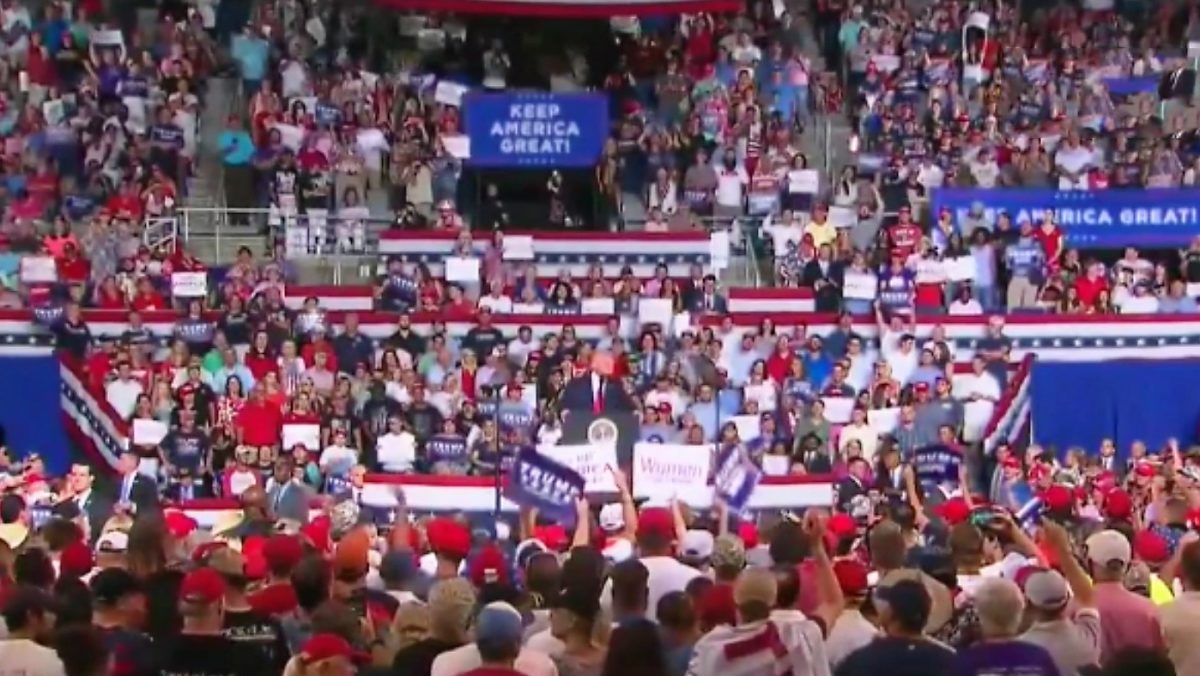 An overwhelming majority of Americans believed that chants of “Send her back!” directed at Rep. Ilhan Omar (D-MN) at a Trump rally were racist, while a slimmer majority thought President Donald Trump’s racist tweets against Omar and her colleagues were racist.

Even among white voters, 54 percent thought the chants were racist.

There was an even greater partisan divide on that question, as 4 percent of Democrats and 55 percent of Independents said the messages were racist, while only 16 percent of Republicans thought so. Half of whites agreed the tweets were racist.

The poll also asked respondents whether they believe Trump himself is a racist, and 54 percent either strongly or somewhat agreed. Among Republicans, only 15 percent agreed that Trump is racist, while 56 percent of Independent voters and 85 percent of Democrats agreed Trump is racist.