Associated Press Ripped For Coverage Of White House Dog ‘Doo’ Incident: ‘A Dog Taking A Sh*t On The Carpet Is Not News’ 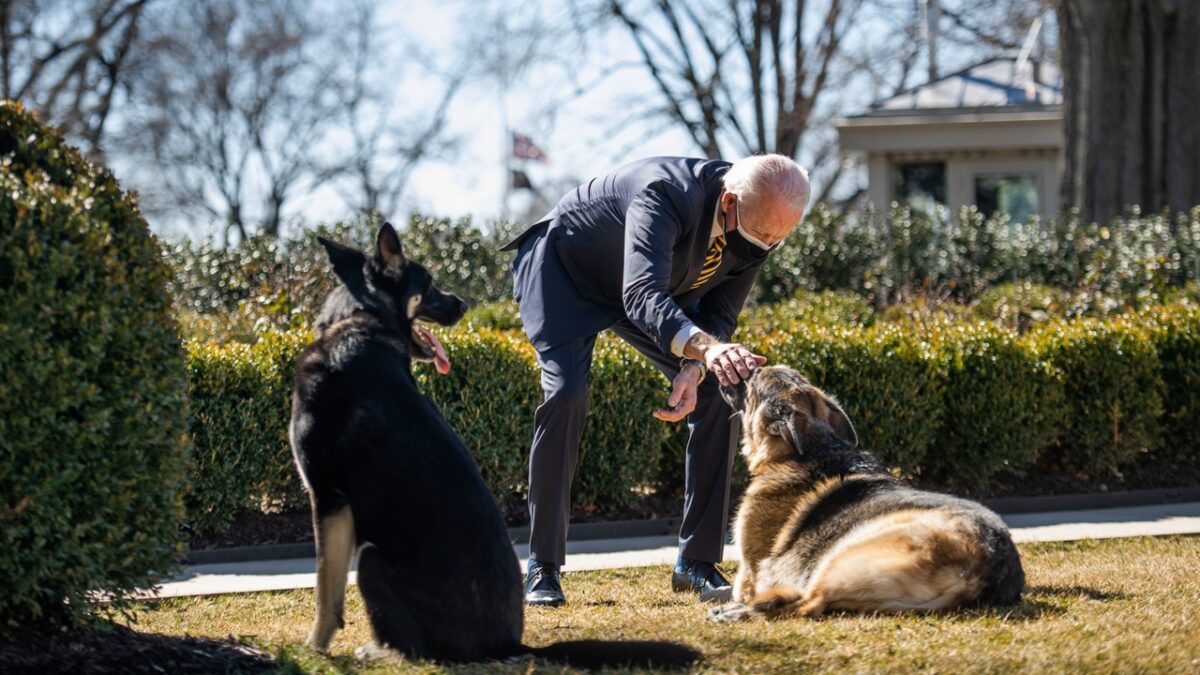 Media critics found the perfect metaphor Wednesday when reporters began filing updates on a specimen of alleged dog excrement that was spotted on a floor at the White House.

As pool gathered to load in the vans on the South Lawn driveway, Champ and Major were spotted in the hallway outside the Palm Room doors in front of the Diplomatic Room. There was dog poo on the floor. It’s unclear which dog was responsible for it.

Champ and Major were on the South Lawn as motorcade waited to depart. Major was on a leash. Champ was not but was moving slowly and stiffly.

A variety of White House reporters spread the word via Twitter, some of whom had jokes.

My colleague @Emilylgoodin giving us some ? scoop, about the @WhiteHouse dogs as she pools @FLOTUS today. pic.twitter.com/mFNvvAEXis

Whatever the dogs do, they should not lie to the FBI about this. https://t.co/Uf08mpzTdC

No direct evidence that it’s dog poop. Could have been one of the staff.

A few were at least mildly displeased with the attention, including former unofficial Dean of the White House Press Corps Mark Knoller.

Is this where we are? Alerting stories about dog poop? What a business.

But The Associated Press elevated the story with a full wire service report on the incident entitled “Ruh roh! Biden pooch drops doggie doo in White House hallway,” and which noted, “It was unclear which pooch — Major or Champ — dropped the poo.”

Some political media figures, journalists, and others were amused, while others were most unkind in their assessments of this literal dogshit coverage.

tbh I get angrier about this every time it pops up https://t.co/sRLBMlMF8s

The kind of dignified White House coverage we all crave. https://t.co/ZiUEN7CqiB

whatever happened to reporters verifying the news before reporting it!?!?! how do we know it was one of the dogs? https://t.co/oXwKBJSop8

Hahaha remember when Trump supporters did this at the Capitol https://t.co/aZ3syI4hEM

I think we can all agree that these good boys are innocent, regardless of whether they pooped on the floor or not https://t.co/Sk5QX4GbVi

I don’t remember ever reading this much about Bo and Sunny, are y’all ok https://t.co/5AXG93aMqp

Normally, a dog taking a shit on the carpet is not news. https://t.co/3vipTqz07W

is this white house coverage or my nextdoor app https://t.co/7i3TqaqVbL

The quintessential illustration of the flaw in the logic *I’m a journalist and I saw it so it must be news.* https://t.co/8g7kS3HJU1

The AP woke up today and chose chaos https://t.co/DDyWgCEVTV

If the “this isn’t news” police liked the dog bite, they’re going to love this: https://t.co/rwAggoDi3Q

i can’t find “ruh roh” or “doggie doo” in the ap stylebook https://t.co/WVZapyNo6E

And then there was this guy…

The lengths the media will go to avoid reporting on the….#BidenBorderCrisis
??? https://t.co/V553SiKeqn

The demarcation line appears to be between the lighthearted reactions to a tweet about the incident, and heavy criticism of a serious and respected news wire service. This appears to get it about right. As a White House reporter for nine years, I can attest that had I encountered dog crap in the halls of the White House, I would have tweeted about it (and gotten a picture, too) but would not have thought to pitch it to my editors as news. Unless it was during the Trump administration, because they didn’t have a dog.

On the other hand, at least there was no mention of killing either of the dogs, which qualifies as good press for Major these days.