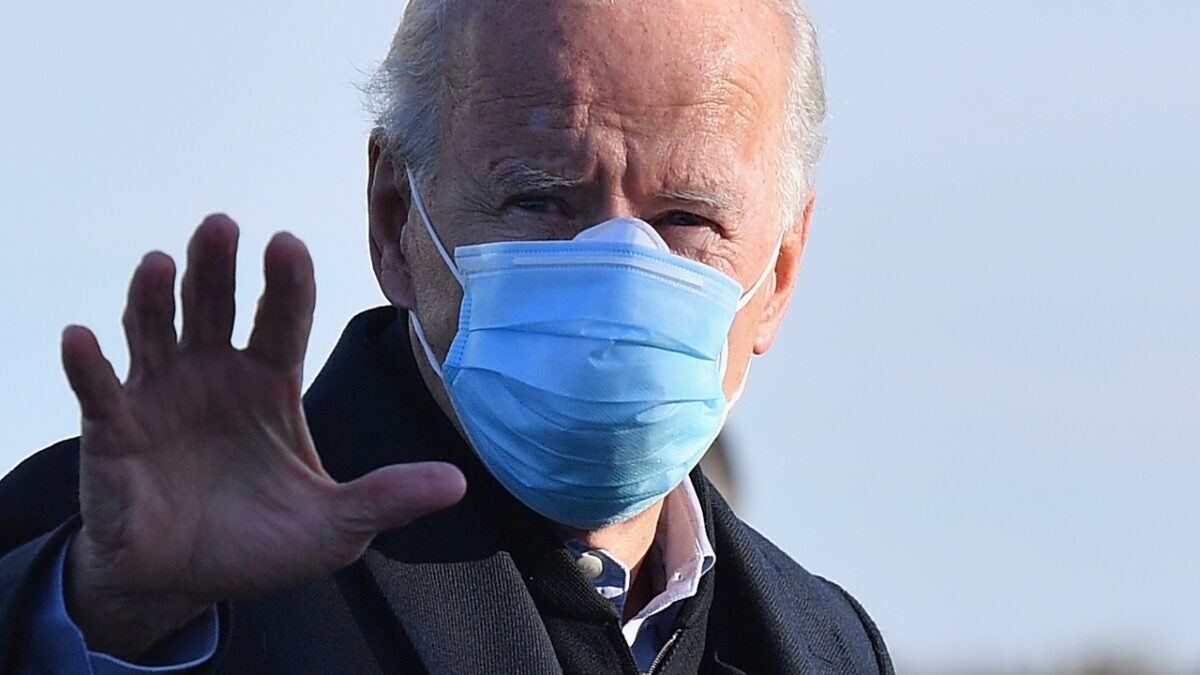 An Axios report with a misleading headline suggests former Vice President Joe Biden is reconsidering his cabinet picks in light of Republican Senate wins, but the only attributed source is one connected to Senate Majority Leader Mitch McConnell.

The report — entitled “GOP Senate wins wreak havoc on Biden transition plans” and bylined to Hans Nichols and Mike Allen — opens by claiming “Republicans’ likely hold on the Senate is forcing Joe Biden’s transition team to consider limiting its prospective Cabinet nominees to those who Mitch McConnell can live with, according to people familiar with the matter.”

But the only source attributed in the article is one that would have dubious knowledge of Biden’s plans:

A source close to McConnell tells Axios a Republican Senate would work with Biden on centrist nominees but no “radical progressives” or ones who are controversial with conservatives.

The article goes on to game out all the ways in which McConnell could make life hell for Biden if the Republicans retain the Senate, but absolutely no reporting on Biden beyond speculation and some decent analysis.

The main problem with the story is the headline, which Hans and Allen may not even have written, and which should have read “Mitch McConnell sends up warning flare that he wants to pick Biden’s cabinet, then be a maximum dick about them anyway.”

According to the report, Axios is “hearing” (from other GOP sources and/or centrist Democrats building buzz for their own favorites) that Biden will have a particularly tough time confirming several picks who just happen to be Black women, like Susan Rice and Stacey Abrams, or just happen to be a woman named Sally Yates.

It also says McConnell’s obstruction could give Biden cover to pass over progressive red caps like Senators Elizabeth Warren and Bernie Sanders.

This is one of those times Joe Biden is going to really need to resist the urge to over-correct n the direction of bipartisanship, and completely ignore this transparent ploy. The old conventional wisdom is that losing cabinet fights is a bad thing, but given the unprecedented f**kery of the Republican Senate — from Garland to Barrett — that’s no longer the case.

If the Republicans keep the Senate, which is likely but not guaranteed, and if President Joe Biden wants Rice, Abrams, or Yates, he should pick them and let the Republicans beclown themselves in confirmation hearings. They’re going to be how they’re going to be no matter who Biden picks, unless he agrees to Secretary of State Ivanka Trump or Secretary of Education Kid Rock.

But staying his course on cabinet picks would send the important signal that he’s not going to be bullied, and demonstrate to the American people that Republicans are once again acting in bad faith. It would also let the people who propelled him to victory know that he’s listening to them.

And who knows, maybe he’d peel off enough GOP senators who feel the heat from the Trump ash heap to get a few of those picks confirmed.

And of course, Biden has to win first and Democrats have to lose a few more Senate elections for this to matter at all.